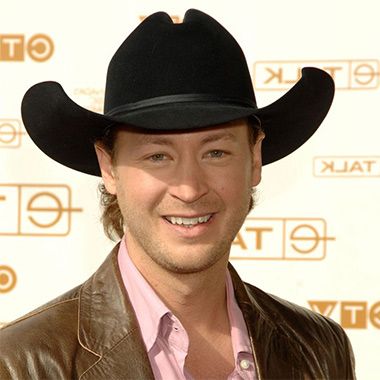 Paul Brandt is a Canadian country music artist. During his big break, he was working as a pediatric RN. His breakthrough song “My Heart Has a History” came in 1996 making it to the Billboard Top 10 Hot Country Songs and eventually earning international fame.

Paul was born on July 21, 1972, in Calgary, Alberta. He was raised in Airdrie, Alberta. His birth name is Paul Rennee Belobersycky. When he was at his high school he sang “Amazing Grace” for the first time in front of an audience. From 1987 to 1990 he studied at Crescent Heights High School.

His demo was sent at the Warner Canada office by A&Rs to their colleagues at Warner Nashville. His recordings were signed by A&R Paige Levy. He regularly travelled to Nashville to undergo development. He there was matched up with various experienced songwriters whom he could relate to and work with. As a result of a large part of the material for his debut album “Calm Before the Storm”. His first single “My Heart Has a History” successfully reached number 1 in Canada. It was his first single from his debut album “Calm Before the Storm”.

He also has the hit single like “I Meant to Do That”, “I Do” and “Take It from Me”. He wrote “I Do” for his friend’s wedding. In 1997 his debut album was certified gold   by the RIAA. He released his second album titled as “Outside the Frame”. Unfortunately, his second album didn’t repeat the same success as his debut album. His singles like “A Little in Love” and “What’s Come Over You” was most notable. In 1999 he recorded his third album “That’s the Truth” in Nashville. His third album also did not receive a warm welcome. His two single “That’s the Truth” and “The Sycamore Tree” were a success from the third album. In 2000 he released Canada only greatest hits compilation “What I Want to Be Remembered For”. He then left Warner/Reprise records and started his own labels called as Brand-T Records. Every album he released from his own label was successful to gather an Album of the Year award, This Time, Around, Risk and A Gift.

His groundbreaking live acoustic album “Small Towns and Big Dreams” won the CCMA Album of the Year. He then released his next album “This Time Around” which was awarded CCMA Album of the Year and his song “That’s What I Love About Jesus” won a GMA Canada Covenant Award. His album “This Time Around” went platinum in Canada. He also produced the hit song “Leavin” which features Keith Urban. In September 2007 he released his album “Risk”. It was released in his hometown on April 6, 2008. His album was awarded a Juno Award for Country Recording of the Year.

In May 2007 his first single “Didn’t Even See the Dust” was released to country radio. His video for this project was filmed in Barcelona, Spain. On September 13, 2011, he released his album “Give It Away”. His first gospel project “Just As I Am” was released on October 16, 2012.

Brandt is married to his longtime girlfriend, Elizabeth Peterson, on February 22, 1997, in Calgary, Alberta, Canada at the Centre Street Church.The couple welcomed their first child, Joseph Peterson-Brandt, on 15 May 2008 and  their second child, a daughter, Lily Abigail Brandt on 7 November 2010.

Brandt and his wife are involved in programs such as World Vision and Samaritan’s Purse with his wife. He in his previous days have worked as a nurse at Alberta Children’s Hospital in Calgary. He also became a spokesperson for United farmers of Alberta and The Ford Motor Company.