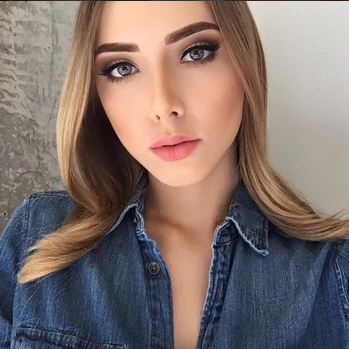 Hailie Scott is the daughter of rap legend Eminem and his former spouse, Kim Scott. She has appeared in her father’s 2005 “When I’m Gone” music video. Most recently, she was discovered on Instagram for her snapping model-status shots, she usually posts photos of herself in tight crop tops and risqué dresses.

Hailie  Jade Scott was born on Christmas Day, particularly on December 25, 1995, in Detroit, MI. She is the daughter of Eminem (real name Marshall Mathers) and Kimberly Scott. Hailie grew up with her cousin Alaina Mathers, who was adopted by Eminem and his then-wife Kim after her parents (her mother was Kim’s twin sister) were unable to take care of her. 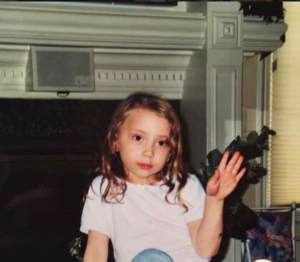 Hailie has two adopted sisters, Whitney Scott and Alaina Mathers. Hailie’s parents married in 1999 and divorced in 2002. They remarried on January 2006 but divorced again in December 2006 and agreed to share custody of their daughter. Eminem met Kim in high school when he was just 15 and she was 13.

How She Rose to Fame

After her birth, Hailie’s father worked 60 hours a week for six months, particularly as a cook and dishwasher for the minimum wage at a family-style restaurant in Michigan. When Hailie was a newborn baby, Eminem struggled to raise her on little money, which  one lyrical subject of his debut album for Web Entertainment label titled “Infinite.” 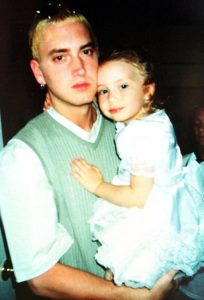 Hailie was mentioned in at least 22 songs of Eminem including “Hailie’s Song,” “My Dad’s Gone Crazy,” “Kim,” “97 Bonnie & Clyde,” “Beautiful” and “My Darling.” Clips of Hailie’s videos when she was young were shown in the music video of “Mockingbird,” the 16th track on Eminem’s fifth studio album “Encore.”

Despite her father’s high profile and vast wealth, Hailie’s parents were keen for their daughter to have as normal an upbringing as possible. She was sent to a public school near her native Detroit. 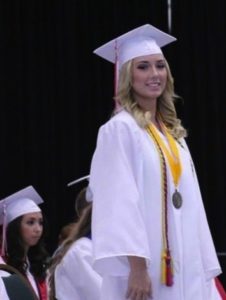 She gave praise to her parents in the school newsletter, identifying them as the two most important people in her life. “My mother and father are because they have pushed me to be the person I am and have given me all the support to achieve what I have,” she wrote.

In 2013, she made headlines when she was crowned homecoming queen at her high school in Clinton Township, Michigan. Students and faculty told the Macomb Daily at the time that Scott, then 17, won the honour because she was a “smart, athletic and caring young woman.”

No longer daddy’s little girl, she is now a stunning and has proven she’s all grown up in a string of recent photos. In one St. Patrick’s Day image, Scott comfortable up to a guy and wrote, “Feeling extra lucky today.” She shared a different photo with the same man in December, as she rang in her 21st birthday. Scott posted in a daring, cleavage-showing mauve bandage dress in the picture. 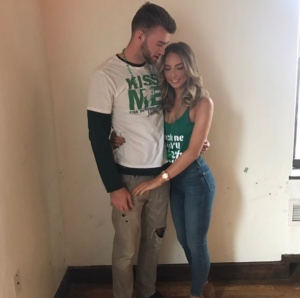 She looks to enjoy the same things as other women her age catching selfies, posting inspirational quotes. She is sharing photos of her hot boyfriend and an adorable puppy, Lottie. Sadly, her Instagram does not really give much else away. She does have plenty of admirers, however, with commenters all over her account leaving messages praising her beauty. 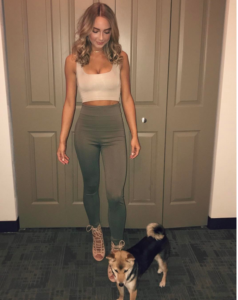 Celebrated her Birthday with her Boyfriend

Recently, Hailie Scott celebrated her birthday in December with her handsome hunk boyfriend. She pictured her sipping champagne whilst looking super glam in a snap staked to her Instagram account. She rocked a House of CB burnt orange bandage gown for the occasion teamed with black peep toe lattice ankle boots, the bodycon fit and cut out design is super sexy meanwhile the quilted skirt gives it a luxe finish.