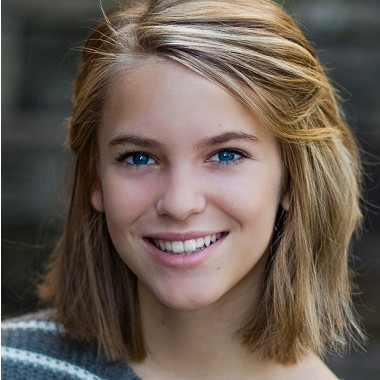 Hannah Westerfield is an American actress, well known for entering the cast of the 2017 comic book film “Logan” as the character Rebecca. She has also appeared in the films like, “Smoke & Mirrors”, “Headed South for Christmas” and “Anchorman 2: The Legend Continues”.

Hannah Westerfield was born on November 3, 2004, in the United States. Her father’s name is Tony. She has lived and worked out of Atlanta, Georgia and Los Angeles, California. She is currently attending six grade at Fulton Science Academy. She has been acting since she was 8 years old.  Hannah started at Atlanta Workshop Players, a theatre type environment. She also took on-camera classes and she really got into it. She wanted to do it professionally because she really loves it. Hannah’s parents later signed her up for Tim Donner’s class at Casting Direct.

Westerfield made her silver screen debut in 2013 with a small role, Duck in the comedy film “Headed South for Christmas”. The film was produced by Travis Breedlove and written by Hollis Adler and Brian Bel A. It is a comedic family film that follows MACKENZIE, an angst-ridden 14-year-old girl (Abby Corrigan) whose mother died during childbirth.

She landed her first lead role in a 2016 short horror film, “Smoke & Mirrors”, where she played Smoke. The film is a bittersweet tale of a boy falling for a vampire. She has also appeared in the films like Anchorman 2: The Legend Continues (2013), Realm of Souls (2013).

When Hannah Westerfield came home from school one day, her father had some good news for her and told her that he just got a call from 20th Century Fox. She had settled a role in the latest Marvel Comics’ movie, “Logan” in 2017. “I was super excited,” said Westerfield, “I loved the X-Men series and my favorite character was Mystique, played by Jennifer Lawrence. I did aspire to be in a superhero movie, but being an actress I’m interested in playing in all types of roles. But action and dramas have been what I’m trying to aim for.”

Westerfield was assigned to play Rebecca, a mutant kid in “Logan,” the latest film about the most iconic X-Men member, Wolverine. The plot of the film is a number of mutant kids escape from an asylum and ultimately encounter the Wolverine, portrayed by Hugh Jackman. As Rebecca, Westerfield’s mutant power is the capacity to fly or walk on air. But sadly, the scene where her skills were on full display was cut from the theatrical version. She hopes it will be added as a deleted scene feature in the movie’s DVD release.“They shot a lot of films, almost too much, and had to cut a lot of the stuff the kids did,” Westerfield said.

James Mangold served as a director whereas Scott Frank along with Michael Green co-wrote the screenplay. The first teaser trailer released on October 20, 2016, advertising the film as a very different kind of comic book movie than what we expect from a major studio. It was theatrically released in the United States on March 3, 2017, in standard and IMAX formats. It received praise from critics and audiences, with many calling it one of the best superhero films of all time.

“Logan” is the first time that Hannah Westerfield has had the opportunity to work alongside mainstream stars like Jackman and Patrick Stewart. There are a few moments in which Jackman and Westerfield share some screen time together. “One scene is where the kids are packing our bags and about to head out, and my friend and I are playing soccer and (Jackman) kind of picks up the ball and drop-kicks it over to me,” Westerfield explained. “He was a very nice guy. You don’t feel like you’re talking to someone famous with him. He’s super kind.”

Westerfield holds an American nationality and belongs to white ethnicity. This gorgeous child actress, 5′ 4″, earns her salary from her acting career however no legit information about her net worth has been mentioned on social sites. Westerfield continues to pursue auditions and adding to her resume of credits. She is managed by Sandy Oroumieh of Rothman Andrés Entertainment and her talent agents are Tim Weissman at Don Buchwald & Associates in Los Angeles and Alex White of Alexander White Agency in Atlanta. She is active on social networking sites like Facebook, Instagram.