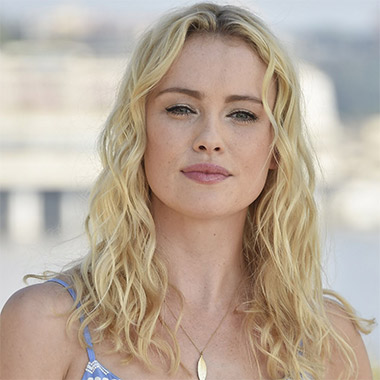 Hannah New, an English model, and actress was born on May 13, 1984. She is best known for her role as saloon owner Eleanor Guthrie on the TV show Black Sails. She is one of the very talented model and actresses in the industry. She has also done a notable portrayal of Queen Leila in the year 2014 Disney movie Maleficent.

Talking about her early life, Hannah New was born in Balham, London. She is the youngest of the three sisters. In her childhood, she had an interest in ballet and wanted to become a professional ballet dancer in the future. So at the age of 4, she went to a ballet school. After some time of joining ballet school, she went to the National Youth Theatre. After that, her aim of becoming a professional ballet dancer was changed and she focused more on acting. Her focus on acting led her to visit more than 20 countries. During the visit of 20 countries, in 2003 she spent three months in a children’s home in Bolivia.

Later after returning from traveling around many countries, Hannah New joined the University of Leeds to study English and Spanish language. For her further study of language and the Meisner technique, she moved to Spain. Since she was alone in Spain, she had to pay for her study herself and she decided to do modeling for financial support. In Madrid and Barcelona, she was scouted by the model management company called View Management. The management company offered her print and commercial work. At that time she used to study at the Central School of Speech and Drama. In 2011, she Mastered in Acting with Honors.

While talking about her career in acting, Hannah New was launched by an American talent manager Stacey Castro. She was spotted in Barcelona during a search for the UK casting director Susie Figgis in 2009 for the television series The Borgias . They were searching to find the role of Lucrezia Borgia. Later in the year 2010, she got an offer to play the role of Rosalinda Fox in the TV show “El Tiempo entre costuras” which was an adaptation of the novel “Maria Duenas”. After that in 2011, she got the golden opportunity to do a lead role in the TV series “Shelter”. Until 2012, Hannah was managed by Stacey. In 2014, she worked with the cast of the TV series Black Sails. She played the role of Elenor Guthrie, who is a saloon owner and the daughter of Richard Guthrie. In the series, she was shown to be running the illegal business which her father owned in Nassau.

Hannah New has kept her personal life very low profile. There isn’t much news about her being in a relationship or being married. She has not been spotted dating anyone in the industry. Being one of the hottest and popular model and actress she has managed to keep her life very secret. While talking about her physical appearances, Hannah is an average tall woman. She has the height of 5 feet 6 inches and has managed her body very well. Her body measurement is 34-26-35 and looks very hot in bikini having long and sexy legs. According to the sources, her net worth is estimated to be millions but the information is not confirmed yet.