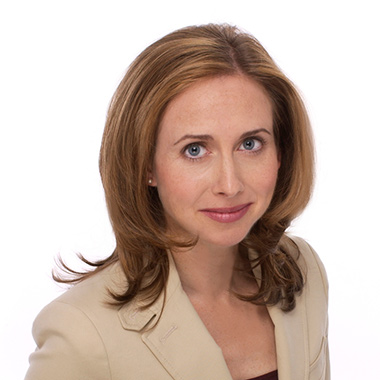 Heidi Cullen was born in Staten Island, New York. She is a well-respected journalist and the Chief Scientist for Climate Central which is a non-profit science journalism organization. This organization is located in Princeton, New Jersey. She is also one of the visiting lecturer at Princeton University and is the author of famous book titled The Weather of the Future in 2010.The book was published by Harper Collins.

Cullen studied at Columbia University and gained B.S in engineering/preparations research. She also followed doctorate in ocean-atmosphere dynamics and climatology from Lamont Doherty Earth Observatory from the same university.She also have Ph.D. in climatology and ocean-atmosphere dymanics at Lamont Doherty Earth Observatory of Columbia University.

After completing her educational experiences, Heidi worked at National Center for Atmosphere Research (NCAR) situated at Boulder, Colorado. National Oceanic and Atmospheric Administration (NOAA) gave her fellowship to return Columbia University. She there worked at university’s International Research Institute for Climate and Society. She then worked for a project at the effect of climate on water resources in Paraguay and Brazil which was allowed by her fellowship. Later she joined The Weather Channel after her fellowship as their initial expert on climate change topic. She also did Climate Code program which was of about 30 minutes.

The program was premiered in October 2006.She had welcomed the famous celebrity guest including Dr. James Hansen who is the head of NASA Goddard Institute for Space Studies situated in New York city.He is famous for his testimony on climate change as he helped to raise board awarness of global warming issue.In the same year along with broadband, the program changed their format to an hour and also retitled the program as Forecast Earth. She was one of the part of the both shows. Later in November 2008 the parent company of The Weather Channel; NBC cancelled the program.

Cullen became the chief climatologist at Climate Central after leaving The Weather Channel. She there issues reports on climate topics. She is also the senior researcher at Penn’s Wharton Risk Management and Decision Processes Center. She wrote the book The Weather of the Future which is based upon current climate modelling theories and have different perspective of what different locations look in 2050.

She is also the chief science advisor for the series The Years of Living Dangerously. Cullen also is a member of the Council of the American Meteorological Society. In 2008, National Wildlife Federation awarded her with National Conservationist Award for Science. She was also awarded as Associate Editor. Cullen is one of the members of the Society of Environmental Journalists. She is also an active member of the American Meteorological Society and also the American Geophysical Union. She was also elected as the member to AMS Council. Her personal life has not been exposed.