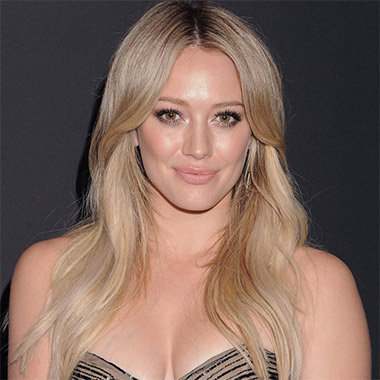 Born on September 28, 1987, Hilary Duff is an American pop singer and actress. She was second of two daughters and born to Bob Duff, owner of a chain of Texas Convenience stores and Susan Duff, music producer. 28 years old Hilary Duff is from Houston, Texas, United States. She has a sister named Haylie Duff who is also an Actress and works in music. Hilary Duff gained her fame and name from her title character on Disney Channel series Lizzie McGuire. She is wildly popular by her work on films like The Lizzie McGuire Movie and A Cinderella Story.  She has her career at music as well. She has released few pop albums. Her debut album Metamorphosis went triple-platinum. She also has her own clothing line which is Stuff By Hilary Duff and Femme For DKNY jeans.

Concerning about her career, Hilary Duff's career actually started at the age of six when Hilary and Haylie both Competed in the ballet called The Nutcracker Suite. Since then Hilary enjoys performing in front of many people and consequently decided to pursue an acting career. She did appear in a few television commercials and started to do auditions. After many efforts, she finally got her first role in 1997 at Tv mini-series named True Women. In 2001, she was on the Disney Channel show Lizzie McGuire Show which was a breakthrough in her career and finally recognized as a star of Hollywood. Since then she has been appearing in a multiple number of movies and TV Series.

Talking about her personal life, Hilary Duff is married to her longtime boyfriend, Mike Comrie who is a professional hockey player for the Pittsburgh Penguins of the National Hockey League. Her wedding ceremony took place on August 14, 2010. She announced her pregnancy during 2011 and on March 20, 2012, Duff she gave birth to a son who was named as Luca Cruz Comrie. In one of the interview, Hilary Duff stated that she was obsessed with being a mom. Her family life was beautiful and happy until January 10, 2014, when Duff and Comrie announced that they were amicably separated and they would continue to co-parent their only son. Then Later, Duff filed for divorce from Comrie in February 2015, requesting primary and legal joint custody of their son. In February 2016, Divorce was finalized. Hilary Duff is a beautiful and a single mother who is a talented singer and a pop singer.

Hilary Duff is also a fashion icon who is gaining popularity among her audience since few decades. There is also a rumor about her Teeth transformation with Veneers. It is said that she had completely transformed her look through multiple surgeries including her new teeth which make big difference than before. It seems fancy veneer on her upper teeth is the reason what made new glamorous smile. Singer and Actress, Hilary duff is interested in an experiment with different looks. She just turned her hair into pink color and slightly visible roots which was loved by her audience. She is starting the New Year off with a major makeover. As of November 2016, Hillary Duff's net worth is $25 million dollars.

kid crushes my heart one cuddle at a time?