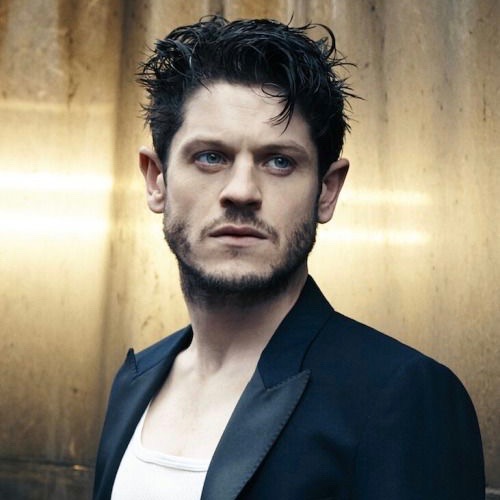 Laurence Olivier Award-winning actor who is best known for portrayals of Ramsay Bolton in the HBO fantasy television series, Game of Thrones is none other than, Iwan Rhein.

Similarly, he is best known to British audiences as Simon Bellamy in the E4 series, Misfits. Besides an actor, he is also a renown singer and musician.

Iwan was born on 13th May 1985, in Carmarthen, Carmarthenshire, Wales to Tomos Rheon, father, and Einir Rheon, mother. Likewise, he grew older along with his brother, Aled Rheon in Cardiff. There he attended the Ysgol Gyfun Gymberg Glantaf and began acting in school drama production.

After completing his education from there, he joined London Academy of Music and Dramatic Art (LAMDA) in order to develop his acting and music passion.

Iwan acting career began at the age of 17 when he joined Welsh Language soap opera, Pool Y Cwm. In that respect, he played a role of Macsen White. However, he later left it to complete his education at LAMDA.

After that, he appeared in the stage play named Eight Miles High which was held at the Royal Court Theatre in Liverpool in 2008. From that play, he gained a huge attention from his admirers. Consecutively, he then appeared in several plays such as Spring Awakening, The Devil Inside Him, and Remembrance Day.

In the same way, Iwan also earned a Laurence Olivier Award for best performance in a supporting role in the musical play, Spring Awakening.

While working as a stage play actor, Iwan also debuted his film and television career. His first film is Resistance where he portrayed a role of George and television series is Misfits.

As of now, Iwan has appeared in numbers of television series and movies. However, his best roles include the series, Game of Thrones and Misfits. He has been nominated 2 times for IGN Awards and Screen Actors Guild Award for his role in Game of Thrones. In the same way, Golden Nymph Awards and SFX Awards in Misfits.

Besides acting, Iwan is also a good singer and musician. Till the date, he has released four albums named Tongue Tied EP, Changing Times EP, Bang! Bang!, and Dinard. Currently, she has made an appearance in series, Urban Myths, Riviera, Inhumans.

Game of Thrones actor, Iwan Rhein is in love with his beautiful girlfriend, Zoe Grisedale. She is also an actor and musician. The boyfriend and girlfriend met each other in Dinard, France. Hence, Iwan released his album named Dinard to symbolize the beginning of their relationship.

The couple is spending their quality time together as they often post their photos on their social accounts hanging out in different places. Currently, the couple resides in North London together. Their fans are very curious to know about their marriage life but till the date, they have not planned for it.

Better known for the role of a psychotic actor of Game of Thrones, Iwan has accumulated thousands of dollars from his multi-professions. He makes a huge money mostly from his acting career. It has improved his living standard and has helped to boost his net worth.

Allocating information from several sources it is found out that as of 2018, his net worth is estimated at around $2 million.