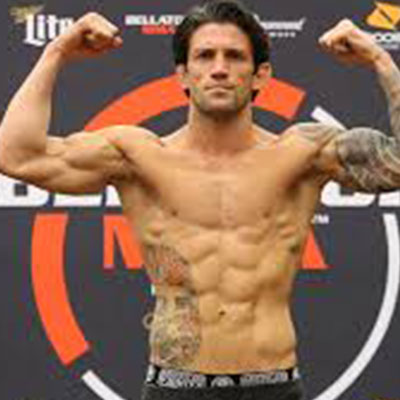 Born as Joseph Junior Ambrose, he is popular by the name of ‘Superman’ in the word of martial arts. The American martial artist of the MMA can be seen this season fighting in Bellator’s Lightweight Division.

The MMA fighter, at present lives with his family in Guam. He Lives with his wife and two daughters, he also trains his elder daughter. Ambrose is currently playing for Bellator.

Born on 6th February 1987, in Long Beach, Santa Clara, California, United States, Ambrose began wrestling when he was in fifth grade. Born to immigrant parent from Italy, J. J. Ambrose later moved to Arizona after his parents were divorced.

J. J. was enrolled in Mohave High School in Bullhead City, Arizona where he began to learn boxing in his freshman to junior year. However, in his senior year of high school, he began Brazilian jiu-jitsu.

Ambrose made his MMA debut when he was near to his high school graduation in 2005. It was located in Lake Havasu and was a small show. At the time Ambrose mainly fought for California based promotions. After his great performance in small fights, securing 10-12 with 10 wins and no contest, he was signed in by Affliction.

He made his debut for Affliction on 6th October 2007 fighting against Jason Cordero which he won. Ambrose won three successive matches for affliction, but on 19th July 2008, Ambrose was put up against Mike Pyle at Affliction: Banned. J. J. lost the match.

After his loss at Affliction: Banned, Ambrose signed a contract with Pacific Rim Organization and The Ultimate Fighter. J. J. won six matched in a row for the team as Pacific Xtreme Combat.

He was also in the pilot episode of The Ultimate Fighter: Team GSP vs. Team Koscheck where he lost the bout.

To participate in Lightweight Tournament, Ambrose signed with the Bellator in 2012. His initial match was with Brent Weedman at Bellator 62 which he ended up losing. Later on 17th January 2013, Ambrose won the match against Brian Warren.

Ambrose is married to wife, Delores and the couple currently live in Guam. In an interview, Ambrose revealed that his wife was not particularly lenient towards the United States and liked to stay in Guam where she feels connected to natures and animals.

The couple is blessed with two daughters. From Ambrose’s Instagram page we can see that he is currently training his elder daughter martial arts.

Ambrose revealed that besides fighting he likes to talk and study about psychology. Ambrose sought for professional psychology help after his loss in Bellator.

The professional MMA fighter disclosed earning as per Tapology.com is $5,000 USD per fight. Allocating information from several sources as of 2018 it is found out that J.J. Ambrose current estimated net worth is around a million dollar.

On his Instagram, we can see Ambrose and his family enjoying in several luxurious places so we can assume that he earns enough to support his high lifestyle. He also trains several pupils and must get paid a high amount of salary since a he is professional MMA player.