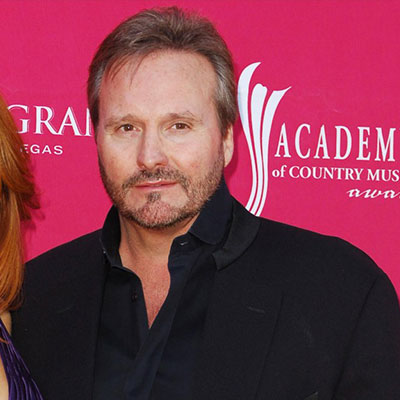 Narvel Wayne Blackstock, commonly known as Narvel Blackstock, is a former steel guitar player and manager for Reba McEntire. Blackstock is also known for his involvement in Malibu Country, Forever Love and Reba: Video Gold II in 2012, 1998 and 2006 respectively.

Born on August 31st, 1956 in Tarrant County, Texas, USA, Narvel Blackstock spent most of his childhood in his hometown Texas.

Having shown interest in music, Narvel began to play guitar from his early age. He was especially fond of county music, probably because of the environment he grew up in and had the similar vibe. Plus Texas is widely popular for its rustic country music.

Blackstock dedication to music brought him to play as a guitarist for several local country bands in Texas along with his friends.

Narvel career was somewhat to a rocky start. Narvel’s name didn’t come to fame in spite of his hard work and dedication to music. His career as a professional steel guitarist was edging close to downfall but was saved as he met the popular country music artist, Reba McEntire.

In 1980, Narvel’s musical profession was saved after he started to manage the singer, Reba McEntire. Narvel came into Reba’s radar whilst Narvel was steel guitarist for Reba’s band. While working together, the co-worker’s association turned into strong friendship and later into a strong bond of love.

Before Narvel’s married to Reba, he was formerly married to ex-spouse, Elisa Gayle Ritter. Ritter and Narvel got married in 1973 and got divorced in 1988. Narvel has three children from his first wedlock.

Later in the year 1989, Narvel’s proposal of marriage was accepted by Reba and the couple got married on June 3rd, 1989. They got married in a very private setting in Lake Tahoe, which was only attended by family members and close friends.

The former couple has a son, Shelby Blackstock. Shelby is known for his work on Blake Shelton Live: It’s All About Tonight (2010) and 20/20 (1978) with his parents help and is an American racing car driver. Narvel’s son from his first marriage, Brandon Blackstock is married to the famous singer, Kelly Clarkson.

Narvel has five grandchildren from his first marriage.

After 26 years being together, Narvel and Reba announced their divorce in 2015. Reba has commented that the divorce was not her idea. She was still very much in love with Narvel and she would never forgive Narvel for breaking her heart.

Through his various musical occupations and his company, Starstruck Entertainment, it is estimated that his net worth is about $5million dollar.

No other information about his other financial activity has been reported yet, Narvel likes to keep his finances a private affair.