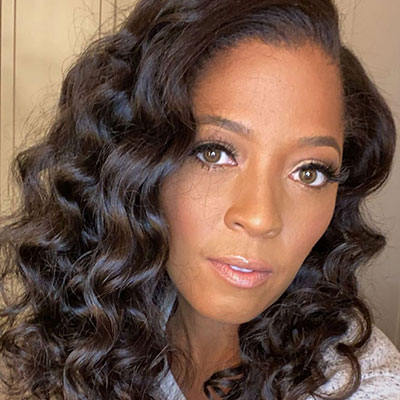 Toya Bush-Harris is an American actress who stars on the Television drama, Married to Medicine. She plays herself on the TV series and her role is appreciated a lot.

The 42 years aged actress is married to husband, Dr. Eugene Harris III. She declared her retirement to take care of her children.

The Married to Medicine star, Toya Bush-Harris was born on April 15, 1976, in Detroit, Michigan, USA. Bush-Harris graduated her high school from Southfield-Lathrup Senior High School in Southfield, Michigan. She was remarked as a bright student.

After the end of her high school life, Toya enrolled at Tennessee State University for her undergraduate degree and later in University of Phoenix, Seattle, for her higher degree. Her major for graduate studies was in the pharmaceutical area.

Later, Bush-Harris retired from the field of Pharmaceutical Representatives to devote her full time for her children to become a full-time mother.

Toya’s first TV appearance was in a TV series of title, Watch What Happens: Live on 2013. She appeared as a guest cast on the series. Later in 2014, she was cast again as herself on TV Series, The Fuller View.

Toya’s big break was when she got cast in Bravo’s Married to Medicine, in which she acted from 2013 to 2015. She played herself in the series. The series follows a posse of an erudite and pioneer women, inclusive of doctors, nurses, and their spouses. The group is intimately connected with each other in the medical world of Atlanta.

She again acted on a TV drama viz. The Doctors, where again she played herself. The series deals with sex injuries, medical catfish, sugar dangers and also shows a phone application which helps to detect cancer with many more interesting areas.

Her career outside of TV screen has also flourished very well and successfully. She is currently occupying herself with to create a unique concierge medical business with her husband.

The actress is married to Dr. Eugene Harris III who works as emergency room physician and is also featured in Married to Medicine. The lovely couple met through speed dating in Detroit while Dr. Eugene was still in pursuing his studies as an emergency medicine physician.

The couple begot their first child after marriage. Their first born son is named Ashton and the second is christened as Avery. Harris-Bush left her career to become a full-time stay at home mom after her first son. Toya also raised her sister Chynna since Chynna was 10 years of age.

The husband and wife co-own a medical company titled, MD Nomad. Toya is currently in the process of publishing her first children’s book, SleepyHead Please Go To Bed!

In 2009, while Toya was returning to her home in her car with her children, her car was hit by a truck. She was infuriated at the policeman who arrived at the crime scene for not taking into account of Toya and her children safety and wellbeing. The truck driver confessed his fault.

Though her exact net worth hasn’t been released yet Bravo has been well known to pay well to its cast member and it is speculated that Toya receives approximately $100,000 for each episode. In 2013 her income was reported to be $1.3 million USD and on2014 $1.7 million USD. Her present net worth is $2 million USD.

Toya is well known to do charities, volunteer at church, and many philanthropy works.