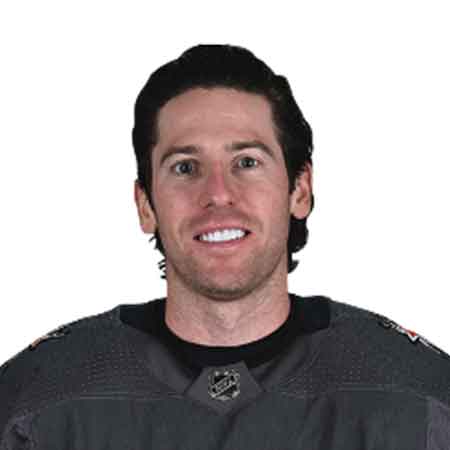 James Neal is a Canadian professional ice hockey player who currently serves as alternate captain for the Vegas Golden Knights of the National Hockey League (NHL). He plays for the position of winger wearing a jersey number 18. Prior to Vegas Golden, he played with the Dallas Stars, Pittsburgh Penguins, and Nashville Predators.

James Neal is currently in the relationship with girlfriend, Melanie Collins. Collins hosts for the golf channel as well as Yahoo! sports.

James Neal was born on 3rd September 1987, in Whitby, Ontario, to Deborah Neal, mother, and Peter Neal, father. His father is the one who taught James the major part of hockey.  He has three brothers Nicholas, Peter, and Michael who also play Hockey.

As a teenager, he was selected by the Plymouth Whalers for the 2003 Ontario Hockey League. Before that, he was assigned to Bowmanville Eagles.

James Neal made his professional ice-hockey career debut with Dallas Stars in 2007. There he played for almost three seasons and joined Pittsburgh Penguins, Nashville Predators, subsequently.

In 2017, Neal was selected by the Vegas Golden Knights in the expansion draft. Apart from league career, James also played for the Canadian National team. He has helped to lead his national team to collect Gold Medal in the World Junior Championship and silver in IIHF World Championship.

The handsome and diligent, James Neal is not married till the date. However, analyzing his Instagram account, he is in the relationship with a beautiful woman, Melanie Collins who is an American television personality best known for hosting golf channel. The couple started dating since March 2014.

The boyfriend and girlfriend seem to be spending a cozy life. They often post pictures of themselves on their social networking account hanging out in different places. Apart from their relationship, both of them have kept themselves away from the love affairs.

With not even a single rumor, James and Melanie can be called as a perfect couple. Currently, they might be planning to take their relationship to the next level.

Despite being a renowned ice-hockey player, he has kept his personal information regarding his cars collection and houses low profile. Allocating information from several sources as of 2018 it is found out that James Neal current estimated net worth is around $5 million.