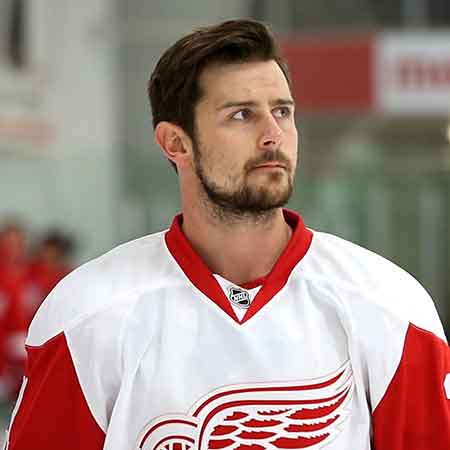 A silver medal winner at the 2012 World Championships, Tomas Tatar is a Slovak professional ice hockey left winger. He currently plays for the Vegas Golden Knights of the National Hockey League (NHL).

Tomas Tatar was born on 1st December 1990, in Ilava, Slovakia. He is the son of Mária Tatarová and Ján Tatar. Tatar belongs to Slovak nationality and European ethnicity.

Tatar grew up along with his brothers Tibor Tatar and Marek Tatar. However, Tatar hasn’t revealed his education background.

Before his NHL career, Tomas Tatar played 2007–08 season with Dukla Trenčín’s U18 and U20 squads. Likewise, she played the  2008–09 season for HKm Zvolen. Well, the Detroit Red Wings picked Tatar during the  2009 NHL Entry Draft with the 60th overall pick.

Furthermore, he was also picked by SKA Saint Petersburg in the 2009 KHL Entry Draft. Later, Tatar signed a three-year deal with Red Wings on 25 September 2009. During 2009–10 season, Tatar made the record of 16 goals and 16 assists in 58 games. He played the regular season for Wings and again signed a new three-year contract on 28 July 2014.

Likewise, Tatar was also represented senior Slovak team at 2010, 2012, 2014 and 2015 IIHF World Championship. He was further selected to play for the national team at 2014 Winter Olympics.

The 27 years old Ice Hockey player, Tomas Tatar is not married yet. However, Tatar is currently in a relationship with girlfriend, Lucia Slaninkova. Lucia is a Slovakian beauty pageant titleholder and was selected in Miss Earth Slovak Republic in 2013.

Tatar and Lucina have been dating since long and is still together. They are often seen hanging out and spending their time together. Both of them shares beautiful pictures of each on their Instagram.

Although the couple is dating since long, they haven’t mentioned any information about getting married or engaged. The duo is enjoying their love life without facing any rumors of separation and other affairs.

Being a prominent player, Tomas Tatar earns an astonishing amount of money from his playing career. Tatar has maintained a standard life. On 28 July 2014, he signed a three-year contract with Red Wings for $8.25 million. His salary in 2016 was 2.75 million.