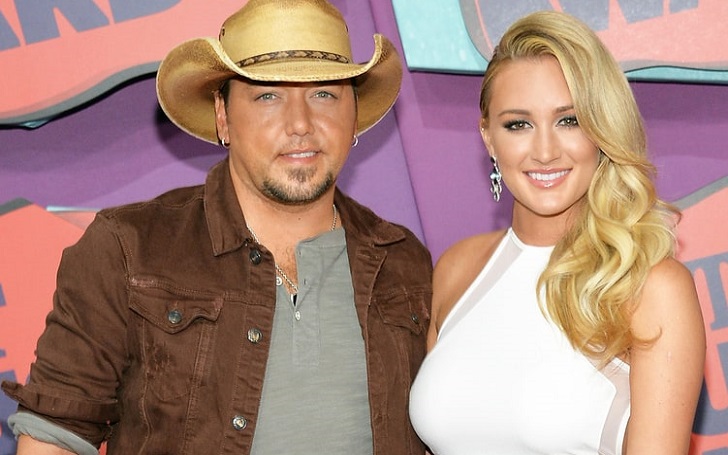 After the deadliest mass shooting in American history, Jason Aldean, and his wife Brittany returned to Las Vegas on Sunday. The deadliest shooting left 58 dead and over 500 wounded outside the Mandalay Bay resort.

Alden took to the stage for the first time after the deadliest shooting. He made a surprise appearance for Saturday Night Live’s cold open to perform.

“I’m Jason Aldean. This week we witnessed one of the worst tragedies in American history. Like everyone, I am struggling to understand what happened that night and how to pick up the pieces and start to heal. So many people are hurting.”

“There are children, parents, brothers, sisters, friend. They are all part of our family. So I want to say to them: We hurt for you and we hurt with you. You can be sure we are going to walk through these tough times together, every step of the way.”

“When the gunfire started, I was not with Jason, but with some friends in a tent close to Mandalay. As you can imagine my first instinct was to run to him and he was the same. As we laid behind equipment onstage with some of our road family, bullets flying past… all I could think was ‘I never even got to hold my baby.'”

Jason got married to Brittany on 21st March 2015, and now they are expecting their first child together expecting. Before being in a marriage relation they dated each other for a year.

Jason began his dating relationship with Brittany after his split with his first wife Jessica Ussery to whom he was married for 12 years but separated in 2013.

[ CAPTION: Jason and Jessica with their daughters ][ SOURCE: Pinimg ]

He’s blessed with two daughters from his first marriage. The reason for their separation follows a huge scandal. When TMZ published the kissing photos of Jason and Brittany at an LA nightclub in 2012.

Jason proposed to Brittany in Sept 2014, at the San Diego Zoo. Throughout their love relationship, they have been spotted together in many places like awards functions, public places, and social media too. We wish them to be together forever.