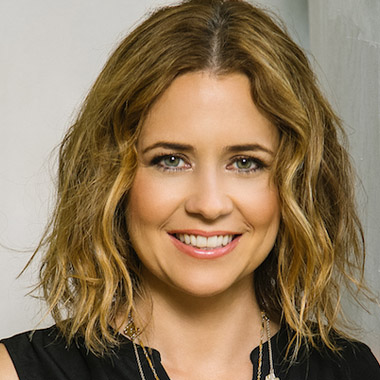 Jenna Fischer is an American actress, widely known for her portrayal of Pam Beesly Halpert on the ‘NBC’ comedy series “The Office”; which she received critical acclaim and was nominated for Outstanding Supporting Actress in a Comedy Series at the Primetime Emmy Awards in 2007.

Jenna Fischer was born on March 7, 1974, in Fort Wayne, Indiana and was raised in St. Louis, Missouri. Fischer’s father James E. “Jim” Fischer is an engineer and her mother Anne Miller is a history teacher. She has a younger sister, Emily, a third-grade teacher.

Fischer first performed at the age of six, when she participated in an acting workshop which was taught by her mother at Henry School in St. Louis. Actor, Sean Gunn, whom Fischer grew up with also attended the workshop. 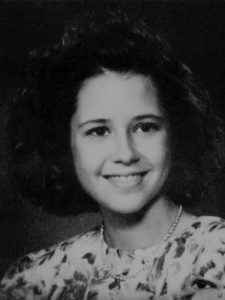 Fischer attended Pierremont Elementary School in Manchester, Missouri, and Nerinx Hall High, which was a private girl Catholic school, in Webster Groves, Missouri. She holds a Bachelor of Arts in theater, as well as a minor journalism, from Truman State University, where she originally enrolled as a pre-law history major.

Fischer began her career working in professional theater while attending college in Missouri. She began working with Murder Mystery Dinner theater group and began performing Commedia dell’arte with the zoo district theater. Fischer performance in the film Nosferatu led to her first agent.

After Fischer moved to Los Angeles, her childhood friend Sean Gunn helped her to get a part in a showcase and then introduced her to his brother, screenwriter James Gunn.The small part in the showcase led to Fischer getting her first manager.

She struggled into film and television, telling National Public Radio that her first paying film job was a “sex education video for (psychiatric) patients upon their release from UCLA Medical Center. Fischer continued to spend the next few years of her career appearing in bit parts in small indie films, such as “Employee of the Month”, “Lucky 13”, and “The Specials”, as well as guest spots on the televisions shows “Six Feet Under”, “That ‘70s Show”, “Cold Case”, “Miss Match”, “Strong Medicine”, “Undeclared”, “What  I Like About You” , and “Off Centre”.

Fischer appeared in subject film “Les Superficiales” of Peter Alton’s. She met Alton at the Zoo District Theatre group, and he later co-wrote and narrated her self-produced film, “Lollilove”. 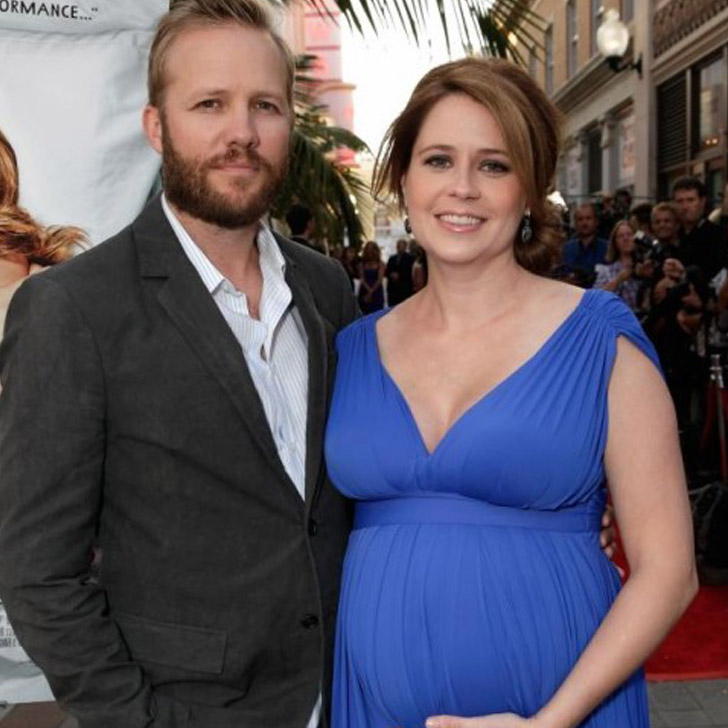 Fischer married James Gunn on October 7, 2000, who is an American screenwriter. However, due to some misunderstanding, they announced their separation in September 2007. In a June 2008 interview, Fischer confirmed that she and Gunn had finalized their divorce. But the former couple continued to remain as friends, and in 2010 Fischer helped Gunn with casting her “The Office” co-star Rainn Wilson in Gunn’s film Super.

In June 2009, Fischer’s engagement to screenwriter Lee Kirk was announced, and they married on July 3, 2010. On September 24, 2011, Fischer gave birth to a son named Weston Lee Kirk and on May 25, 2014 she gave birth to her second child, a daughter Harper Marie Kirk.

Fischer has strong feelings about animal rescue, and she is involved with the Los Angeles organizations Kitten Rescue and Rescue Rover.

Fischer net worth is estimated about $15 million. She owns an Audi car worth about $21000 and also has cool Glendale house, worth $1.9 million, which has Swimming Pool, Home Cinema, Home Office, Sports Room, etc.