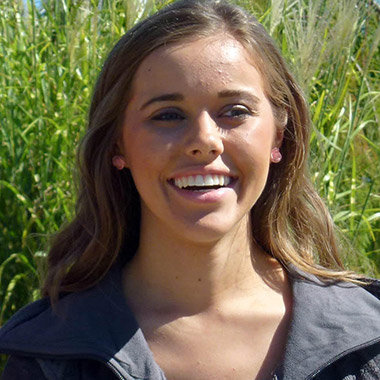 Jessa Lauren Seewald Duggar, often known as Jessa Seewald, represents herself as an American television personality and best known for her appearance on TLC’s reality show based on Duggar family 19 Kids and Counting. She is the fifth children among the 19 children of Duggar family. She has also made her identity as an author and has a co-authored book titled ‘Growing Up Duggar: It’s All About Relationships’ which was based on her relationship with sister Jana, Jill, and Jinger.

Jessa Seewald was born on November 4, 1992, in Tontitown, Arkansas, United States as the fifth child of Jim Bob and Michelle Duggar. She grew up with her 4 older siblings and 14 younger siblings. She had never been to school as a child, she got an early education at her home along with other siblings.

Jessa Duggar started her television career from family featured documentary 14 Children and Pregnant Again (2004) which was about the daily life of Duggar family including from the time they wake up to the time to go to bed. This documentary was broadcasted on the Discovery Health Channel. She also appeared on another documentary about the Duggar family named Raising 16 Children which was aired on the same channel in 2006. After the birth of Jessa’s sister Johannah, another documentary on Duggar family came out titled ‘On the Road With 16 Children’ which talks about family cross-country tour. Another famous documentary ’19 Kids and Counting’ started as a regular series on September 29. 2008. Jessa also appeared on series ‘Jill & Jessa: Counting On along with her sister Jil which was aired on December 13, 2005.

Jessa has also co-authored a book along with her three sisters. The book titled ‘Growing up Duggar’ was published in 2014 by Howard Books. The book is about the experience of growing in the Duggar family, their religious beliefs, lifestyle and social relationships. Jessa Seewald has been identified as one of the victims sexually abused by her elder brother Josh Duggar. She described it as a mild inappropriate touching which occurred while she was sleeping. She became aware of what had been done only after her father and mother told her about her brother’s confession.

Coming to her personal life, Jessa Duggar has been married to Ben Seewald since November 1, 2014. The family’s website made a courtship between the two public on September 16, 2013. After their engagement on August 15, 2014, their relationship was uplifted to next level and they tied the knot in 2014. The couple gave birth to their first child a boy Spurgeon Elliot Seewald on November 5, 2015. They named their first child after Baptist preacher Charles Spurgeon. Their first child was nicknamed “Quincy”. Her husband said that the preacher was an inspiring figure of their lives while asking about the name. The couple seems happy together so there is no any probability of the couple getting divorced in future. The fifth child of Duggar family has a height of 5’6’’ and she has estimated net worth of $400 thousand. To get more update on this Television personality you can follow her in her personal social networking profiles.