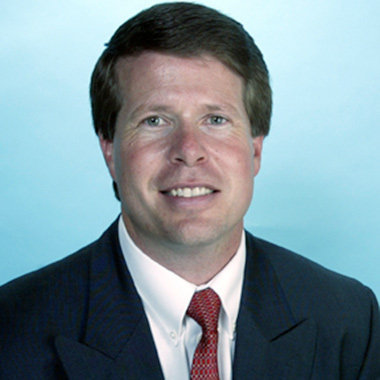 James Rober Duggar, often known as Jim Bob Duggar, has gained name and fame as an American real estate agent, television personality, and politician. He is best known for his appearance on the television reality show 19 Kids and Counting, which was based on his own family Life.

James Duggar married Michelle Ruark in 1984. They welcomed their first child Josh Duggar in 1988 and another child Josie in 2009.

Going back to his early life, Jim Bob Duggar was born on 18th July 1965, in Springdale, Arkansas as a son to Jimmy Lee Duggar and Mary Duggar. His mother was the owner of a real estate brokerage agency.

He has one older sister named Deanna. Duggar has also been involved in real estate business and he has added several commercial properties in his hometown. He is a registered realtor.

“Even though we would never choose to go through something so terrible, each one of our family members drew closer to God. We pray that as people watch our lives they see that we are not a perfect family. We have challenges and struggles every day.”

Jim Bob Duggar had been active as a member of the Arkansas House Representatives for the sixth district including part of northern Washington County, Arkansas. Duggar also held the position of vice chair on the House Corrections and Criminal Law Subcommittee. He was also involved in the Insurance and Judiciary Committee.

Duggar gave his name for the Republican Part of Arkansas Primary election for the U.S. Senate in 2002. But he was defeated by incumbent senator Tim Hutchinson by more than 50,000 votes. He next ran unsuccessfully for the Republican nomination to the Arkansas Senate District 25 seat in 2006, losing to Bill Pritchard.

Duggar and his wife supported Mike Huckabee during the Republican Party Presidential primaries in 2008. Similarly, they supported Rick Santorum for president in 2012. Duggar family also ran an unsuccessful campaign for Ken Cuccinelli.

Duggar and his wife have also introduced themselves as an author after publishing two books together titled The Duggars: 20 and Counting! And A Love That Multiplies.

James Duggar revealed shocking news about his son Josh Duggar in 2015. He revealed that Josh had molested five underaged girls including four of his siblings when he was 14 and 15 years old.

James Duggar enrolled his son in a program that included physical labor and counseling after the suggestion from his church’s leadership.

James Duggar married Michelle Ruark in 1984. This couple has been renowned as the parents of 19 children and six grandchildren. They gave birth to their first child Josh Duggar in 1988 and last child Josie in 2009. They have been featured on 19 Kids and Counting, the reality series.

Duggar’s wife miscarried their 20th children on 8th December 2011. A source has stated that Duggar is a follower of Quiverfull that advocates that fertility should be delegated to God and see children as a blessing of God. James Duggar stands tall with a height of 5’11’’.

Allocating information from several sources as of 2018 it is found out that Jim Bob Duggar has an estimated net worth of $3.5 million.