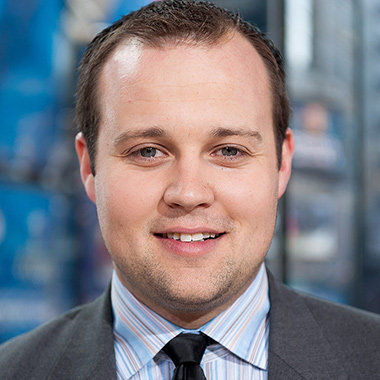 Joshua James “Josh” Duggar represents himself as an American Television personality and political activist. He has also made his identity has a businessman who has been involving in the business of used car. He has gained popularity following his appearance on 19 Kids and counting, reality television show based on the real-life story of Duggar family.

Born on March 3, 1988, as the eldest son among 19 children of Michelle and Jim Bob Duggar, Josh Duggar was born and raised in Tontitown, Arkansas, the United States in a conservative Christian home. He completed his school from his home and passed the state of Arkansas’ test for a general equivalency diploma (GED) when he was just 16 years old. After completing his school education he never went to college.

Talking about his career, Josh Duggar as shown his strong presence in television and American politics. He started to appear on television from 2005 from the shows based on his family named Discovery Health. He also made his appearance in TLC through the television reality show named 19 Kids and Counting. In 2009 January, his wedding ceremony, which includes planning, preparation, rehearsal, ceremony and reception, was featured in a show A Very Duggar Wedding which was on-aired on January 25. The Duggar family celebrated the first birth of their grandchildren in 2010, which was documented as GrandDuggar’s First Birthday and on-aired on December 7, 2010. Similarly, Josh and his wife gave birth to the first grandson of the Duggar family on 2013 and it was aired as First Grandson on June 19, 2011.

Josh Duggar has been active in American politics also where he follows conservative politics. Being the eldest son of two members of the Arkansas House of Representatives, Josh started a political business named strategic Political Services in 2007 where worked as a part-time Political Services. He also has experience of working for former Arkansas governor Mike Huckabee in the presidential primary campaign in 2008. In 2012, he helped Republican Presidential candidate Rick Santorum during his political tour and gave a speech in his rallies. Josh has also been involving in anti-gay rallies and he has been considered as “ anti-gay activist”  GLAAD.

Coming to his personal life, Josh Duggar is currently married to Anna Keller and has four children with her. The couple resided Fayetteville and Washington D.C. for several years before they settled down in Arkansas in June 2015 after Josh resigned from FRC Action. Josh has estimated net worth of $500. He stands tall with a height of 5’6’’. Josh is active in all social networking sites and recently he uploaded a picture of his fourth child Meredith Grace.

Josh Duggar has been pulled into controversy in 2015 when his father revealed that Josh had molested five underage girls in between 2002 and 2003 when he was in mid-10s. This scandal took another turn when it was found that among the five molested girls, four of them were his siblings and later Josh was sent to a program that included physical labor and counseling. He has been pulled into controversy for other sexual misconducts also.