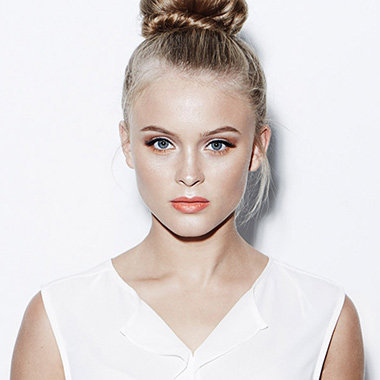 Swedish-born Zara Maria Larson is a renown singer and songwriter from Stockholm who has gained popularity for her writing skills and pitch of the voice. She is a winner of 2008 season of the Swedish version of Got Talent show Talang. After winning the talent show, she was signed by TEN Music Group and released her first EP album titled ‘Introducing’ in January 2013. Her single ‘uncover’ received wide appreciation, placed in NO.1 of Swedish Charts and Norwegian Charts and later on it received Platinum certificate from Universal Music Sweden. Currently, she is in three-year contract with Epic Record of the United States with whom she signed a contract in April 2013.

Going back to her early life, Zara Larsson was born on 16 December 1997 in Stockholm, Sweden. Besides this, there is not much information about how she spent her childhood. But she must have spent her childhood days learning music, as a result, she had been able to win the talent show in early age.

“Nobody sees, nobody knows. We are a secret, can’t be exposed. That how it is that how it goes. Far from the other, close to each other.”

Zara Larsson started her musical career after she participated in Talang in 2007. She reached final of the show and won the competition when she was just 10. Her performance in final has been considered as one of the best performance in the show ever. After winning the competition also she did not release any records until she was signed by TEN Music Group in 2012. With TEN Music Group, she released her first extended play. Her first debut album ‘Uncover’ was released on 21 January 2013. Album’s lead single “Uncover” became market hit song at that time reaching No.3 in Denmark and No. 1 in Norway and it was viewed on YouTube over 50million times. She released her first studio album 1 on October 2014 and it received Platinum certificate in Sweden.

Zara Larsson's debut single “Lush Life” was released on 5 June 2015 and was placed in top 5 in the chart of Norway, the Netherlands, Denmark and Australia. On July 2015, she released a new single titled “Never Forget You”, collaborating with Grammy-nominated British singer MNEK. Throughout her musical career, she has received numerous awards nomination and has won Best Female awards in 2013 along with The Turn of the year Award on same here. Similarly, she received Best Female Artist Awards in 2014 and 2015 and won Special Award in 2014 Rockbjornen.

Till date, there is no any rumor about her relationships and affairs. She might have been dating someone secretly but without any clues, it remains hidden. At the beginning of 2015, Zara Larsson posted a photo of her putting her entire calf inside a condom and it went viral. Later she stated that she just did that for fun. Describing her appearance, she has blond hair with blue eyes and she stands tall at a height of 5’6’’. Larson’s estimated net worth is $1million (2016). She can be found on all social networking sites.