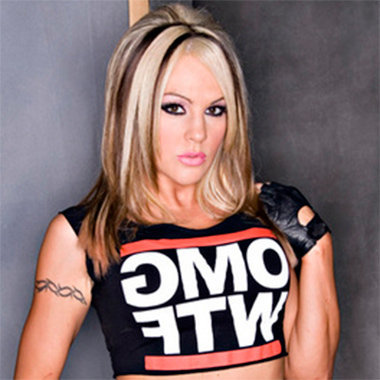 Ashley Nichole Lombeger Simmons, professionally known as Madison Rayne, is a famous name in American Wrestling who currently plays in Total Nonstop Action Wrestling (TNA). Born on February 5, 1986, she started her career in wrestling from the independent circuit with the names Ashley Lane and Lexi Lane. In 2007, she became a member of the all-female promotion Shimmer Women Athletes in 2007. She was one member of Shimmer Tag Team champions along with her teammate Nevaeh.

Going back to her early life, Madison Rayne was born in Columbus, Ohio and was raised in West Lafayette, Ohio along with her two elder brothers. She attended the high school of West Lafayette and during her high school days, she became Homecoming Queen and was a varsity cheerleader. She also performed drama being a member of the drama club. After completing her school education, she started training to participate in fitness competitions but she never appeared on the competitions. At the beginning, she studied Radiology and during the same time she started wrestling on the independent circuit. Later she left her study and decided to pursue a full-time wrestling career.

Madison Rayne started to wrestle professionally after completing her high school education. She searched the promoter and started her training under the name Lexi Lane. After she was trained under Jeff Cannon, she started to appear on wrestling ring in her home state Ohio. She played her first match during her high school under the referee Diva Ivory, who was also a former WWE Superstar.

Madison Rayne made her appearance in her first wrestling match for Ohio Championship Wrestling (OCW) on March 13, 2005, teaming up with trainer Jeff Cannon but lost against Cruz Sangria and Jayme Braxton. She played her first single match following month and got victory over Jayme Braxton. In March 2006, she played her first match on Mad-pro Wrestling along with Lotus and made her in-ring debut wrestling against Portia Perez. She made her first appearance on NWPW on December 2, 2006, competing against Jessicka Havoik and won the match. She played her first match for PWO on November 27, 2007, and won against Sassy Stephie. She played her debut match in Shimmer Women Athlete on October 13, 2007. Similarly, she has made her appearances on  various rings such as Wrestlicious, RPW, TNA, FEW, and NWS.

While coming to the personal life, Madison Rayne is currently married to Jesse Cabot. The couple tied the knot on February 8, 2011, after the romance of several years. The couple gave birth to their first child August 29, 2013. Later they divorced. Simmons tied the knot with TNA commentator Josh Lomberger as her second husband in 2015. Josh is often known by his ring name Josh Mathews. There is no any report about when the couple going to have their first child. The couple seems happy together.

Being a wrestler, Simmons has perfect body shape though her height is 5’3’’. Her photos in bikinis on the ring can be found over the internet where she looks sexy. She is active in all social networking sites, updating about her professional career and events.