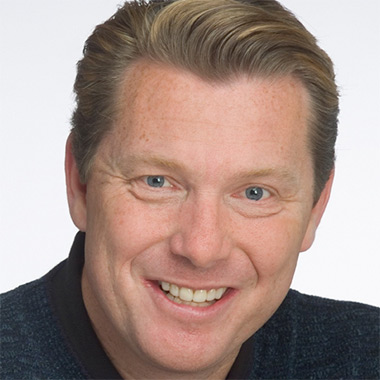 Three-time Lower Great Lakes Emmy Award winner, Donovan is married and shares a daughter with his spouse. Furthermore, his net worth in 2019 is approximately $0.5 million.

Also the radio voice of the Cleveland Browns Radio Network since 1999, Donovan adds the decent sum to his bank account working there.

Jim Donovan is a married man. He tied the knot with a lady named, Cheryl. Together with his wife, he has one daughter named Meghan. Currently, he lives with his wife and daughter in Hinckley, Ohio.

On 25 May 2011, Jim Donovan revealed that he had been struggling with leukemia for the past decade and added that he will be taking medical leave to undergo a bone marrow transplant.

Luckily, the surgery was successful and on 11 September 2011, he was seen in the Browns broadcasting booth in the opening match against Cincinnati Bengals. Eventually, he joined his anchoring work at WKYC as well as on STO.

Jim Donovan met the person who donated his bone marrow in 2013 on Thanksgiving Night when Dallas Gentry visited the Donovan family.

He was born James Francis Donovan on 17 July 1956 in Boston, Mass, USA. Growing up in Boston, Donovan developed an interesting in broadcasting from a young age and attended the prestigious Boston University.

Shortly after graduated in 1978, he started his career at WJON radio in St. Cloud, Minnesota as the sports director. After working in Minnesota for a while he moved to Vermont to serve the Satellite News Channel in Burlington, Vermont.

There, Donovan covered the networks play-by-play hockey and basketball games. During this time, he also served WVMT radio and WEZF-TV as the station’s play-by-play and sports anchor.

Jim Donovan also worked as the play-by-play announcer for the Vermont Reds, a Cincinnati Reds minor league baseball team. In 1985, he moved to Cleveland to work for WKYC and served the network as the Channel 3 sports director since 1986.

In 2006, SportsTime Ohio (STO) and Channel 3 implement the local TV rights to the Cleveland Browns. So in addition to his work on WKYC, Donovan was also assigned to hosts several Browns themed programs on STO.

In 1999, Donovan was named the play-by-play voice of the Cleveland Browns team after they returned to NFL. Soon after WKYC acquired the local, over-the-air television rights to the Cleveland Indians, he served as play-by-play announcer from 2006 to 2008.

On 16 January 2012, Jim Donovan extended his duties at WKYC as he was promoted to anchor the 7 p.m. newscast on Channel 3. Since then he continues to anchor sports news at 6 p.m. and 11 p.m.

Jim Donovan has been nominated and awarded with several awards. He has won Lower Great Lakes Emmy Award for three times. In 1988, he won Cleveland Press Club All-Ohio Best Sportscaster and was named the Hall of Fame inductee for Cleveland Association of Broadcasters in 2005.

Similarly, he was also named the Hall of Fame for Cleveland Press Club Journalism of 2009.