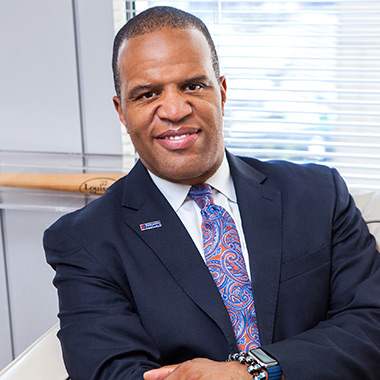 Raymond Hope was an American meteorologist, who was specialized in hurricane on-air forecasting on The Weather Channel.

John Raymond Hope was born on 14 May 1919 to become the son of Joseph Hope and Ellen Elizabeth O’Mara Hope. He was born and raised in Pennsylvania, United States, Hope served the United States Army Air Forces as the flight navigator during World War II. After the end of the war, he began to live a normal civilian life and attended the University of Illinois, and graduated with a degree in meteorology.

After graduation, John Raymon worked at the  National Weather Service in Memphis, Tennessee, for thirteen years as a forecaster. Hope was one of the mission’s meteorological team when astronaut John Glenn made his famous spaceflight in 1962. In 1968, he began working for the National Hurricane Center in Miami, Florida. While at the center, he was started to be widely recognized for his technical achievements in hurricane forecasting. During this time, he created a theorem commonly known as the John Hope Rule. It consists of two sub-theorems. One, that if a system is not a bona fide tropical storm before crossing the Windward Islands, or the Lesser Antilles, it will not survive the trek across the Eastern Caribbean Sea. If the wave is still present, formation in the Western Caribbean is possible. The second portion is, that if the structure of a wave or storm is good, never discount it or write it off. After working for thirty-two years in National Weather Service, John Hope retired from the organization and joined The Weather Channel in 1982, the same year the channel was created.

RISE TO MAINSTREAM & HIS TRAGIC DEATH

For his calm style of presenting and intelligence prediction, Hope has established his name as The Weather Channel’s hurricane expert and eventually received quick recognition in the media. In 1989, when Hurricane Hugo hit South Carolina, Hope spent several hours on-air warning and providing information to the viewers of the approaching dangerous hurricane. For this, he was critically praised for his tremendous efforts and saving the lives of people from the storm.

John Hope continues to serve as on-air for the channel’s Tropical Updates until his death on 13 June 2002; his position was passed on to Steve Lyons. Hope died at the age of 83 from complications of open-heart surgery and was laid to rest at Riverside Cemetery in Macon, Georgia.

John Hope was married to Bernice. They have a happy married life with one daughter Camille L. Hope and three sons James C. Hope, Dr. Thomas D. Hope, and James R. Hope. He has six grandchildren.

During Hope’s days, hurricanes were given female names by the officials at the National Hurricane Center. In 1969, Hope’s daughter Camille graduated from high school; as prescribed by her colleagues she added her name to the list of names to be used for hurricanes that year. She had never imagined that Camille would become one of the most powerful and destructive hurricanes to ever hit the United States that struck Mississippi as a Category five hurricane causing 256 dead and $1.45 billion damage.