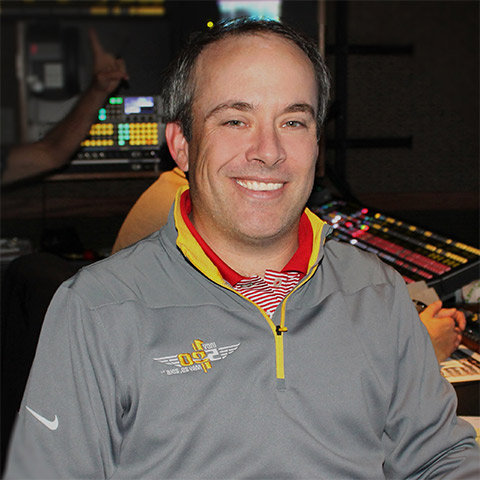 Jim Gaiero is a big name who has been associated with ESPN as a producer. He has been producing college football and basketball game telecasts for ESPN. He is considered as one of the key players in ESPN covering the sports events.

Gaiero attended Syracuse University in 1991 and earned Bachelor degree in journalism in 1995. He has experience of working as a producer for ESPN NASCAR for 1 year in 2007 and was involved in coverage of NASCAR from 2007 to 2014, initially as a producer of highlights, replays, and flashbacks and later became pit producer. He also held the position of a remoter graphic playback producer at ESPN and ESPNU. Similarly, he also contributed as a college basketball games producer at ESPN and ESPNU. He started to produce selected NASCAR Nationwide Series race telecasts from 2010 and contributed to the production of most of the network’s telecasts for that series from 2011 to 2012.

Recognizing his contributions in winter X Games, he has been awarded Sports Emmy in 2004 for “Outstanding Live Event Turnaround”. A graduate of Syracuse University has been considered as one of the dedicated and hard working personality in the field. With his immense knowledge in sports journalism, he has been able to prove himself as an asset for ESPN. Bold personality, Gaiero has kept his personal life hidden from media. There is no any authenticate information about his married life, relationship, and children. From his Twitter profile picture, where is kissing one child, he must be a married man and has children. Having achieved success in professional life, Gaiero might have earned good money out his professional career, but again there is no any authenticate source to reveal the exact figure of his net worth. Gaiero has been a source of encouragement for the new faces in sports journalism. To be in the position he currently holds, this young motivated producer passed through various ups and downs in his life.