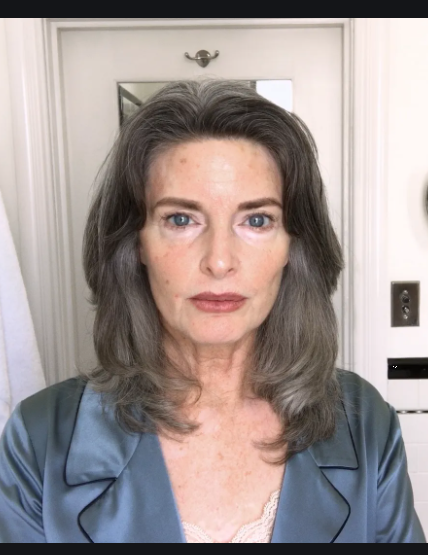 Joan Severance is one of the popular actresses and a former fashion model. She is better known for playing Anna Whitman on the Television series Wicked Wicked Games alongside Tatum O’Neal.

Joan Severance is a married woman. She was previously married to a model, Eric Milan. However, the couple divorced after living together for approximately seven years.

Joan Severance was born on 23rd December 1958, in Houston, Texas. She is a daughter of John Severance and Martha Severance. Her father was an IBM Systems Manager who had to travel around the world for his business purpose.

As a child, she lived in 12 different places including Lybia. However, her family left the Middle-East due to war and return to the United States.

The gorgeous woman attended the Westbury High School where she did modeling in order to pay the college fee. She also became a vegetarian in order to minimize her cost. Severance came to limelight after she was discovered by the photographer, Alan Martin who introduced her to American modeling agent, John Casablancas.

Later on, Casablancas signed up Severance with the Elite Modeling Agency and was sent to Paris for her assignment.

Joan Severance’s professional modeling career began posing for the Vogue Paris, Sportswear International, and many others. After years of her assignment in Paris, she returned to the United States as one of the American top models. She also made appearances in the multiple commercial making money $7,500 per day.

Moreover, Severance also posed for the Playboy Magazine featuring her nude pictorial. Following her modeling career, she also made an on-screen debut. Her first film was Lethal Weapon where she portrayed a role of Girl in Black Playsuit. Some of her other films works are Worth Winning, The Runestone, Almost Pregnant, Hard Evidence and so on.

Joan Severance is married to a Cinematographer, Rom Gemar. Before Gemar, she was married to a model, Eric Milan whom she met during her assignment to Paris. The couple dated for almost a year before tieing the knot in 1977.

Joan Severance has accumulated a handsome amount of money from her multiple professions. She made a huge chunk of money mostly from her acting career. She has featured in several movies and tv series through which she receives a good sum of money as salary.

Allocating information from several sources as of 2018, it is found out that Joan Severance current estimated net worth is around $6 million.