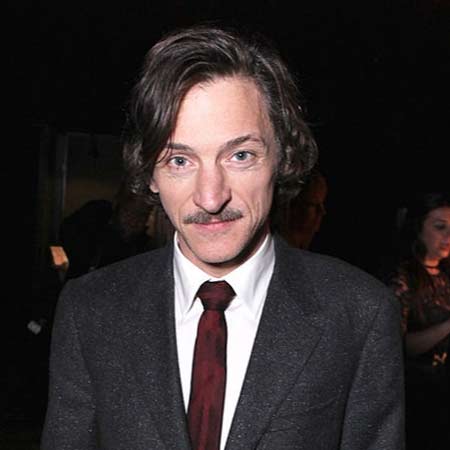 An American actor, John Hawkes has gained a wide recognition for portraying the role of merchant Sol Star on the HBO series, Deadwood. Hawkes is further known for his roles in series including Eastbound & Down, Winter’s Bone etc.

Hawkes has won several awards including Camera d’Or Award and Independent Spirit Award for Best Supporting Male and has further nominated for several other awards like Academy Award and Golden Globe Award. Hawkes is not married yet and is currently single.

John Hawkes was born on 11th September 1959, in Alexandria, Minnesota, United States. He is the son of Peter John “Pete” Perkins, a farmer and Patricia Jeanne. Hawkes was raised in a small city of Midwest Scandinavian community.

Hawkes completed his graduation from Jefferson High School. Later he moved to Austin, Texas where he was a band member of Meat Joy along with Gretchen Phillips. Furthermore, he was also the member of musical group King Straggler along with his co-actors Rodney Eastman and Brentley Gore.

In 1985, Hawkes made his first movie role through Future-Kill as John Perkins. However, he changed his stage name to John Hawkes because there was already another actor with the name, John Perkins.

[ CAPTION: John Hawkes in the movie Too Late ][ SOURCE: TheWrap ]

Well, his first breakthrough came in 2004, after he starred in HBO series Deadwood. Hawk played the role of Sol Star until 2006. Likewise, his other television series credits include Without a Trace, Monk, Inside Amy Schumer etc.

Hawkes further rose to fame after he starred in Me and You and Everyone We Know. Hawk received wide praise and was further awarded special jury prize at the Sundance Film Festival and also Camera d’Or Award at the Cannes Film Festival.

For a long time, Hawkes is still active in the field of acting. In 2018 he will be staring in the movie The Peanut Butter Falcon as Duncan. Moreover, his other movies End of Sentence and Unlovable are in post-production.

Throughout his career, Hawkes has been nominated for several awards including Golden Globe Award and Academy Award.

Hawkes is one of the widely known personality on the screen. But when it comes to his personal life, Hawkes always keeps his profile away from social media. Well, the 58 years old versatile actor Hawkes is not married yet and is currently single.

Furthermore, there is no any record of his past affairs too. It seems that Hawkes is much more concerned in his career rather than being in a relationship.

The renowned actor, John Hawkes is still active in the acting field for a long time. Up to date, he has starred in numerous movies and television series and has earned a good sum of money.

Allocating information from several sources as of 2018, it is found out that Hawkes has an estimated net worth of $4 million which is totally worth. Well, his net worth is sure to be increased in upcoming days.