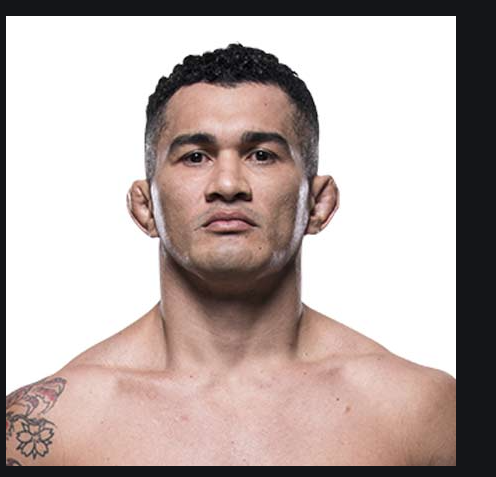 Francimar Barroso is a Brazilian mixed martial artist known for fighting in the Light Heavyweight division of the Ultimate Fighting Championship. He holds an undefeated four-fight stint with Shooto, a worldwide MMA promotion.

Francimar Barroso was born on February 28, 1980, in Xapuri, Brazil. He holds a Brazilian nationality and belongs to White ethnicity.

From his early days, he was interested in fighting and further pursued his career in the same field.

From the beginning of his career, he fought at Shooto Brazil 11 against Roque Oliver. After the fight he was signed to a four-fight contract then he competed at the next event as well.

In 2010, the proficient martial artist signed with upstart Jordan promotion Desert Force Championship. He made his DFC debut against Abhijeet Petkar and won through head kick KO. The following year he faced Baga Agaev, a Russian prospect at DFC 2.

In 2013, Barroso made his debut in the Ultimate Fighting Championship when he fought with a Brazilian fighter, Ednaldo Oliveria. At the UFC Fight Night 38, he even faced the newcomer Hans Stringer. Later on, he was expected to face Patrick Cummins at the UFC Fight Night: Henderson vs. Khabilov. However, he was compelled to pull out of the bout because of his injury.

Recently in 2016, he faced a newcomer Darren Stewart at the UFC Fight Night 100. There he lost the game via TKO in his first round. But later on, the result was overturned.

Currently, he faced Gian Villante and lost the game via split decision.

The renowned fighter is still unmarried. He is in a long-term relationship with Milenna Tonnera. The couple is seen together since five years.

According to the news, Barroso first looked at the camera and decided to propose his girlfriend for marriage at his game with Elvis Mtapcic. Tonnera also followed his fight but the Light Heavyweight fighter, Barroso would have proposed her even if she had stayed in Rio de Janeiro.

Tonnera first decided not to go in the fight as she has no visa. But Barroso wanted to propose her on live TV so, he somehow managed the visa and took her to the fight.

After he defeated Elvis Mtapcic he was too happy and proposed his longtime girlfriend for marriage. At the same time, Tonnera accepted to be with him forever and even agreed to marry him. Recently the couple is living together happily.

As Barroso is one of the famous MMA fighters, he is living a lavish life. He earns an astonishing amount of salary from his professional career. As per the online sources, Francimar Barroso’s salary in 2015 was estimated to be around $52,000. Moreover, Francimar Barroso’s net worth is reported to be $182,000.