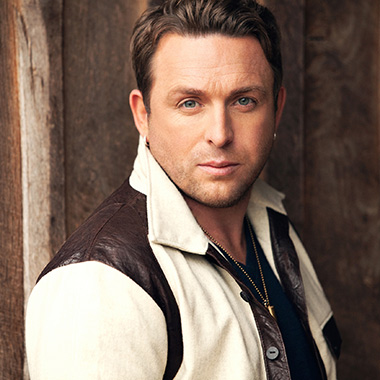 Johnny Reid is a country music artist, who has many hit singles in Canada. In 2008 and 2009 he was named Male Artist of the Year at CCMA Awards.

On 1st July 2010, he performed at the Canada Day celebrations on Parliament Hill.

In 1997 he released his debut album Another Day, Another Dime on JCD Records. In 2000 he released his second album which was self-titled. He released his three singles from this album and all of three were top charts. His debut single “Given Up on Me” became a minor hit on the RPM Country Tracks chart.

His single successfully reached on No. 45. His second single “Runnin’ Wild” was charted at No. 50. He released his album’s third and final single “She Doesn’t Wanna Hear”. His single reached No. 41.

In 2004 he released his first single “You Still Own Me”. This was his lead single from his third album “Born to Roll”. On 15th March 2005 “Born to Roll” was released. The album peaked at No. 5 on the Canadian Top Country Albums chart. His second single “Sixty to Zero” was charted at No. 19. His single “Missing an Angel” reached NO. 6 on the charts.

His fourth single “Time Flies” charted in the Top 10. His single “Gypsy in My Soul” was the fifth and final single. His album “Born to Roll” was certified by Canadian Recording Industry Association.

He released his new single “Love Sweet Love” in 2007 which acted as the lead single to Kicking Stones. On 10th April 2007, Kicking Stones was released. His second single from the album’s title track reached no. 13. His third single “Darlin” became his first top 5 single. He released his additional singles “Thank You” and “Out of the Blue” which reached at No.13 and No.7 respectively.

In March 2009 he released his studio album Dance with Me. It was debuted at No.1 on the Canadian Top Country Album Chart. He released his first single from the album “A Woman Like You” which reached No.4 on the country charts. He released his Christmas album “Christmas” on 10th November 2009.

He signed with EMI in 2010. He then released his studio album “A Place Called Love” on 31st August 2010. On June 7 he released his first single from the album “Today I’m Gonna Try and Change the World”. On 29th March 2011, he released his second live DVD, Heart & Soul.

Johnny was born on 21st August 1974, in Lanark, Scotland. His full name is John Kirkland “Johnny” Reid. In July 1988 when he was 13 years old, he moved to Canada. His father is a diesel mechanic. He attended Turner Fenton Secondary School in Brampton, ON and graduated from there in 1992.

He also attended Bishop’s University in Lennoxville, Quebec. He met his wife there. He moved to Nashville, Tennessee with his family for making country music.