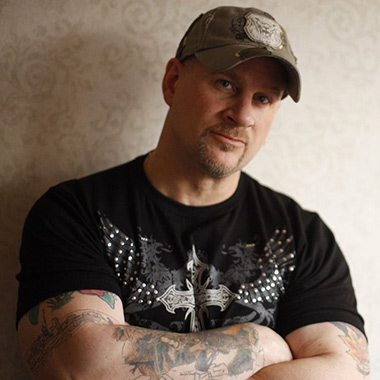 Julian Austin is a Canadian country music singer, who has released fifteen singles in Canada and five studio albums, to date. His single “Little Ol’ Kisses’ became the number one hit in 1997.

On May 6, 1997, he released his first album “What My Heart Already Knows”. The Canadian Recording Industry Association certified the album as gold for sales of 50000 copies. His first single from the album “Little Ol’ Kisses” became the number 1 on the Canadian country singles chart. The Canadian Country Music Association (CCMA) awarded him with the Wrangler Rising Award in the same year. His other additional singles released from the album was successful in reaching the top 20 which includes the no. 3 song, “Diamond”. In 1998 he won the nomination for Best Country Male Vocalist at the Juno Awards but unfortunately he lost to Paul Brandt.

In 1988 he moved to Calgary, Alberta. He there worked on his second album. On January 9, 1999, he suffered the injury in a bull-riding accident because of which the project of his second album was put on hold. Because of the accident, he was left with several broken and cracked ribs. His right lung was punctured as well as there was a gaping hole in his right leg. On March 7, 2000, he released “Back in Your Life”, after his recovery. His album includes a cover of the Steve Miller classic “Take the Money and Run” which reached No. 4 on the Canadian country singles chart. He won six CCMA nominations from the album. The Juno Awards nominated him for the Best Country Male but again he lost to Paul Brandt.

In 2001 he left his record level, ViK Recordings. The Civilian Records president Myles Goodwyn approached him. On August 13, 2002, he released his third album “Bulletproof”. His singles from the album didn’t perform well on the charts. Due to creative differences he left the label. In 2005 he began working on his fourth album “The Red and White”. His fourth album was released by LMG Records in 2007. On May 26, 2009, his fifth studio album “One for One” was released by Little Ol’ Records.

Julian was born on August 24, 1963, in Sussex, New Brunswick. He is a happily married man. He got married to his beautiful wife Angela. He currently resides in Steinbach, Manitoba with his wife Angela. He also has a dog named Baxter. He is a huge supporter of the Canadian forces. He also has made tribute songs and raised money for the Sapper Mike McTeague Wounded Warriors fund which is called as “The Red and White Brigade”.

We can easily get his biography in Wikipedia and other wiki sites. He uses his social accounts and has a large number of fan who follows him. His videos are on YouTube as well.