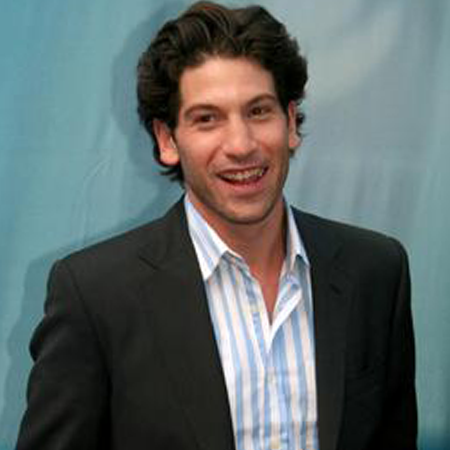 Jon Bernthal is an American actor better known for his roles in the series like The Walking Dead, Daredevil and The Punisher. Furthermore, he has also appeared in several movies as well as in the Theaters.

Jon Bernthal was born on September 20, 1976, in Washington, D.C., United States. He is the son of Joan Lurie and Eric Lawrence “Rick” Bernthal who is a former lawyer with Latham & Watkins LLP and is the current Chair of the Board of Directors for the US Humane Society.

His grandfather Murray Bernthal was a musician and producer. Bernthal has two brothers, Nicholas an orthopedic surgeon and professor at UCLA and Thomas, a former producer for NBC News.

In 1995, Bernthal graduated from the Sidwell Friends School and joined the Skidmore College but later dropped out. After that, he attended the Moscow Art Theatre in Russia. Bernthal completed his studies at the American Repertory Theater in 2002.

After completing his graduation, Jon Bernthal moved to New York for pursuing his career in theatre. Since then, Bernthal appeared in more than 30 plays and also made his guest appearances in the television series like Boston Legal, CSI: Miami, and How I Met Your Mother.

Later, in 2009, Bernthal starred alongside Jaime Ray Newman in the ABC television series Eastwick. Well, his breakthrough came after he appeared in Frank Darabont‘s The Walking Dead as Shane Walsh. Bernthal appeared in the show until 2012 and was nominated for the Breakout Performance – Male Award at the 2011 Scream Awards.

See how our #TWD crew turns a family sedan into a deadly siege weapon — in this BTS look. pic.twitter.com/tIe1PUyRRh

Likewise, his appearance in the movie, The Wolf of Wall Street as Brad Bodnick earned him several award nominations such as Boston Society of Film Critics Award for Best Ensemble and Critics’ Choice Award for Best Acting Ensemble.

In 2017, Bernthal starred in several movies including Sweet Virginia, Wind River, Baby Driver etc and also in television series The Punisher. Furthermore, in coming days, Bernthal will be starring in the movies like First Man, Widows etc.

The 41 years old renowned actor, Jon Bernthal is happily married to his beloved wife Erin Angle who is a Wrestler. Erin is the cousin of the professional wrestler Kurt Angle. The couple dated several years before finally transforming their love life into marriage on September 25, 2010.

They welcomed their first son Henry in August 2011 and second son Billy in January 2013. Furthermore, in February 2015, they welcomed their daughter Adeline. Besides this, there are no any records of his other relationships.

The Multi-award winner, Jon Bernthal earns a good sum of money from his acting career. Till date, Bernthal has appeared in several movies, television series and in the theater.

As of 2017, the estimated net worth of Bernthal is $8 million and also took the salary of $80,000 per episode of The Walking Dead.

Bernthal recently sold his storybook cottage in Venice, CA $1.95 million which he had initially put on sale for $1.895 million. Bernthal and Erin had brought the house for $1.012 million in 2010.