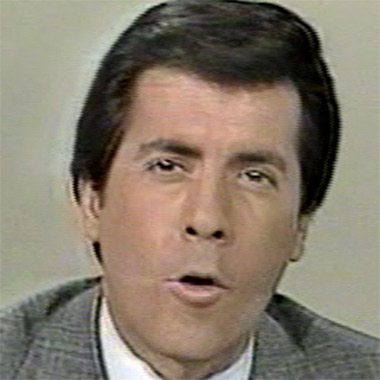 Judd Hambrick is a former American television newscaster as well as a reporter. He is mainly known as an Emmy Award winner. Judd was born on September 25, 1945, in Tulsa, Oklahoma, United States. He was raised in Mount Pleasant, Texas.

In 1961, Judd Hambrick started his career in a radio. While he started his career he was still in a sophomore in high school. He attended Mount Vernon High School situated in Mount Vernon, Texas and graduated from there in 1963. He also studied at the University of Texas at Austin and graduated from there in 1967 securing his degree in journalism. He started his career in television field by working at KTBC-TV in Austin. In 1972 she moved to WCAU-TV in Philadelphia. He there worked as co-anchor of their evening news program with John Facenda. John is mainly known as the “voice” of NFL Films. He worked at WCAU for one year only. He then moved from there and started working at KDFW-TV in Dallas, KTVU in the San Francisco Bay Area and KABC-TV in Los Angeles. He then arrived in Cleveland, Ohio in 1977. He started working on WJKW-TV which is now called as WJW-TV, as an anchor of the evening newscast

In 1979, Judd Hambrick was awarded a local Emmy Award. In 1981 he left WJKW-TV but before leaving he helped the station’s newscast to become the top-rated news program in Cleveland. The next year,he started working at WKYC-TV and until 1985 he served in a similar capacity. She then worked on several business news ventures with NBC through his own production spending his next several years away from television news anchoring. He is an avid crossword puzzle expert. He also has authored a series of book which is based on the board game Scrabble which is titled as Scrabble Brand Grams. His puzzles have also been printed in various newspapers of the United States. In 1992 he ended his self-imposed pause and started working as an anchor at KTUL-TV in Tulsa. Soon after he returned to Cleveland and worked at WKYC-TV. He worked there from 1993 to 1999. Throughout his career, he has also worked in markets such as Atlanta, Memphis, and Honolulu.

Judd Hambrick has a brother named John Hambrick and Mike Hambrick. John works as a newscaster. During 1975-76 he has co-anchored with his brother John at KABC-TV. They together also worked at WEWS from 1967 to 1975. His younger brother Mike have worked in numerous markets; some of them are Baltimore, Phoenix, Washington D.C. and Pittsburgh. John has a son named jack Hambrick. His nephew went into the television business as a news reporter. He now works with his father as a documentary filmmaker. He is now semi-retired. He most of his time stays with his wife. They live in Florence, Alabama. He mostly works as free-lance video news media production.