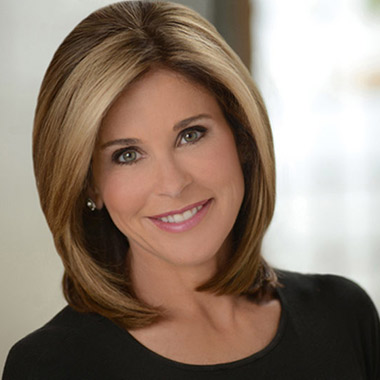 Kathy Orr is a well-known meteorologist. She works as the Chief Meteorologist for the CBS 3 Eyewitness Weather team (KYW-TV) in Philadelphia, Pennsylvania. From 2003 through summer 2011 she has provided the 4 p.m., 6 p.m. and 11 p.m. weather forecasts.

Kathy Orr was born on October 19, 1965, and was raised in Westvale, New York, outside Syracuse. Her full name is Kathleen A. “Kathy” Orr.

She attended Syracuse University and graduated of the S.I. Newhouse School of Public Communications. She was also a member of bishop Ludden Junior/Senior High School in Syracuse as well as the Delta Delta Delta Sorority.

In January 2003, Kathy Orr started working as the chief meteorologist joining KYW-TV. She made her debut there on the same night as Marc Howard. She has got the approval of American Meteorological Society and National Weather Association. She is also an AMS Certified Broadcast Meteorologist. She previously worked at WCAU-TV as a weekend weatherperson. When she was at WCAU-TV, she was reportedly asked to be a chief meteorologist when John Bolaris left. But she denied the offer as she already received a better salary offer from KYW-TV to work as chief meteorologist there. Later the offer given to her by WCAU was taken by Glenn Schwartz.

She later joined the CBS 3 Weather Team. She there helped to establish “CBS-3 Kidcasters”. She there travels to various shopping malls in the Delaware Valley along with various CBS-3 crew members. They encouraged children of all ages to do a mock weather forecast. She then did many of the entries on the station’s 4 pm and 6 pm newscasts and also the children were invited to do live broadcast along with her on KYW-TV.

After returning from the station, she came up with the well-known name for their radar called as “Live Mega Doppler 3”. It became the strongest radar in the Delaware Valley. For over 10 years on Thursday between Memorial Day and Labor Day, she did summer installments of “Orr at The Shore”. On August 26, 2009, she celebrated her 100th broadcast with a day “down the shore” in Ocean City, New Jersey. “Orr at the Shore” 132 episode was aired in September 2012. She began her twelfth season in May 2014.

In August 2011, it was announced that she desired to spend some more time with her family and reduce her workloads. She would remain chief meteorologist. On the CW Philly 57 she handled the 10 p.m. weather and on CBS3 she handled the 11 p.m. weather. Her place was taken over by Kate Billo as a morning meteorologist at 5 p.m. and 6 p.m. She often will be seen during snow and severe storm coverage and special events. She announced on September 13, 2013, on 94.1 WIP radio that she would return to CBS 3. She returned and did evening shows at 5, 6, 10 and 11 pm.

According to her public profile, Kathy Orr is married to her longtime boyfriend, Peter. There is no much information available about her husband. The couple shares two adorable children: a daughter, Isabella and a son, William. The family resides in South Jersey with their parents as a happy family. As of 2016, Kathy Orr’s net worth is estimated to be $20 million dollars.