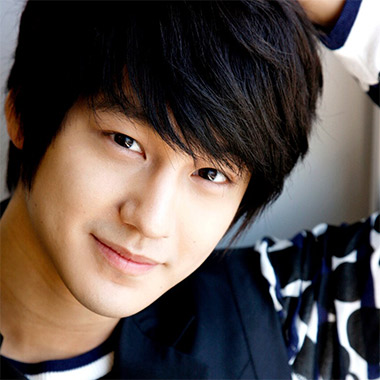 Kim Bum-soo is a South Korean R&B and soul singer who is mainly known for his smooth vocals for the song title such as “bogo shipda” which means “I miss you” in English. The song was very beautiful as a result it was named as the theme song of Korean drama Stairway to Heaven.

His song “Hello Goodbye Hello” became the first Korean artist song to be listed on the North American music charts in the 51st position on the US Billboard Hot 100 in 2001. He also works as a DJ for Gayo Kwangjang on KBS 2FM 89.1mHz.

Recently, Kim and Oh Yeon Seo, a South Korean actress, were spotted together as they were dating each other. The duo met each other through friends and sooner their friendship turns into a relationship.

When he was 20 years old he decided to pursue his career in the field of music. He was inspired and encouraged after singing with the local church choir throughout his youth. He attended Seoul Institute of the Arts, Joongbu University and majored in music from there.

After completing graduation, he went on an audition and was successful in getting a recording contract with the label “Team Entertainment”. His debut album was not released for another two years. His album “Promise” single “Promise” was used for the popular MBC drama “Watch and Watch Again”.  This helped him a staple image as a ballad singer.

According to critic and writer Catherine Chan, the song had all the ingredients like lovely melody, a tender voice, and dreamy lyrics. He released his 5th album titled as “Remember Kim Bum Soo 5th & So Long…”. He released his song “Oasis” on the album. He gave the taste of slightly more commercially American R&B fell in his song.

Moreover, He also pays respect to those that have inspired and affected him on the track “Like”. Some of the names who inspired and influenced him are Eric Benet, R. Kelly, Lenny Kravitz, Brian McKnight, Stevie Wonder, Mary J. Blige, and Babyface.

Additionally, he also did a cover of the songs of those artists in the concerts in which “Lately” of Stevie Wonder and “I Believe I Can Fly” by R. Kelly is noticeable. His album “Remember Kim Bum Soo 5th & so Long…” was produced in the US. His album speaks briefly of his childhood days of the singing choir in church.

After completion of his military service, he returned to a music career. In 2008, he released his 6th album titled as “The Practical Usage of Sadness”. He delivered powerful ballads on his 6thalbum.

Kim Bum hasn’t married yet neither he has welcome any children. Once in an interview with Kim, he told that he once broke up with his girlfriend to get emotional for his song, “I Miss You”.

Recently, Kim and Oh Yeon Seo, a South Korean actress, were spotted together as they were dating each other. The duo met each other through friends and sooner their friendship turns into a relationship.

Kim earns a good sum of money in his career. Being an actor, he has featured in several movies and TV series through which he receives a good sum of money as salary. As a singer, his several songs are also successfully hit and also reached in the 51st position on the US Billboard Hot 100 in 2001.

Allocating information from several sources, As of 2018, it is found out that Kim Bum-Soo’s net worth is estimated to be around $1.6 billion dollars.