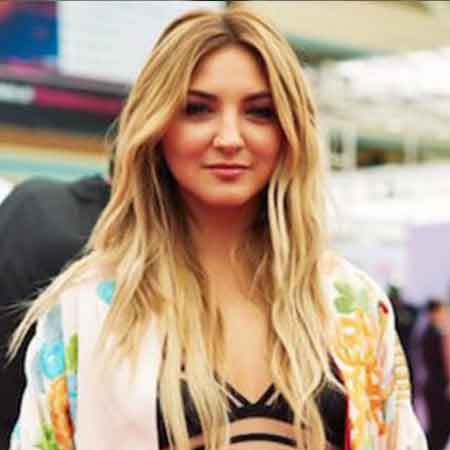 Julia Michaels is an accomplished singer and songwriter, best recognized for her single Issues which reached number 11 on the Billboard Hot 100 chart in the United States. Besides, some of her tracks have been given to big singers including, Selena Gomez, Demi Lovato, Hailee Steinfeld, Fifth Harmony and so on.

In today’s session, we will be revealing detail about Julia and her early life, personal life, career, net worth, lifestyles and much more. Stay with us!!!

Julia Carin Cavazos better known by the stage name, Julia Michaels was born on November 13, 1993, in Daven Port, Lowa to Puerto Rican father, Juan Manuel Cavazos who changed the name to John Michaels in order to pursue an acting career. She has a  sister Jaden who is also a songwriter. Regarding her nationality, she is American and is of mixed descent.

Julia Michaels began singing at her early age of 12. She gave most of her time in her singing passion and by 14, she started writing songs. Joleen Belle is the one who introduced her to several music platforms including Austin and Ally and many other film and television.

Michaels wrote a song, Fire Starter for Demi Lovato as well as Miss Movie On for fifth Harmony along with Lindy Robbins at the age of 19. The following years, she met songwriting partner, Justin Tranter. Besides, she performed (Carry Me) at the closing ceremony of the 2016 Summer Olympics in Rio de Janeiro alongside Norwegian DJ and record producer Kygo.

Since 2017, the beautiful woman started her solo singing career. Her first solo single was Issues which earned two nominations, Song of the Year and Best New Artist.

Besides, it also reached number 11 on the Billboard Hot 100 chart in the United States and Top 10 in Australia, Denmark, Norway, the UK. Some of her other songs include Worst in Me, Pink, Don’ Wanna Think, Just Do it, Pink, Make it Up to You and much more. More recently, she has released songs from Heaven and Jump.

The 24 years old singer, Julia Michaels is currently living a single life. She has not involved in any love affairs and neither there are any news or rumors of her relationship. It is hard to believe, this talented and beautiful artist is living single.

She might have been in a relationship during her past days which she does not want to share with the public. Currently, she seems to be concentrating on her singing professions. She has updated her fans about her professional career but kept her personal life away.

If you go across Julia Michaels’s Instagram, you might see several pictures of her enjoying her lavish lifestyle. You can also see her flaunting her iPhone on mirror selfie.