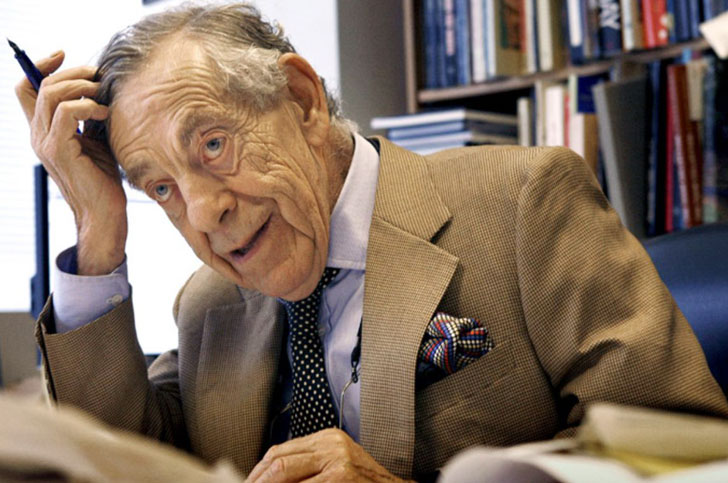 CBS correspondent Morely Safer, who worked for the 900 reports for the network’s TV news magazine 60 Minutes and helped change American’s perception of the Vietnam War, has died Thursday in his Manhattan home at the age of 84.

Safer announced his retirement a week before his demise due to declining health at the end of his 46th season with 60 Minutes. His wife Jane Safer stated pneumonia to be the cause of death.

Safer started his career in newspaper job in 1951 at the Sentinel-Review, in small Woodstock, Ontario. Then in 1956, he began to work as producer of “CBC News Magazine”, covering the Suez Crisis in Egypt and then in 1961, he worked from London for CBC, covering various stories in Europe, North Africa, and the Middle East.

He started his career at CBS in 1964, working as a London-based correspondent. While working at CBS, he formed the CBS bureau in Saigon and reported the military conflict in Vietnam. Similarly, he also covered Nigerian Civil War, the Arab-Israeli War and the Warsaw Pact invasion of Czechoslovakia.

He was pulled into a controversy after he reported a bleak picture of the Vietnam War. U.S. President Lyndon Johnson criticized Safer and his colleagues of having demoralized America’s role there.

In 1970, he started to work as a member of CBS’ 60 Minutes team. Safer was well-known for his style of interviewing consistently in friendly and gentlemanly manner. He uplifted the tone of 60 Minutes Shows with his high professional standards.

Morley ended his 46 years long broadcasting career a week before his death. On his last Twitter post, he expressed his gratitude to his viewers.

During his broadcasting career, he interviewed various personalities including Former First Lady of United States Betty Ford and Actress Katherine Hepburn. Similarly, he also got a chance to conduct an interview with President Bill Clinton, Vice-President Al Gore, and Texas Governor Ann Richards.

He had been married to Jane Fearer since 1968 and had been living with his daughter Sarah Alice Anne Safer. Safer’s 61-year journalism career was broadcasted in CBS four days prior to his death.

After four or five different wars, I grew weary of that work, partly because in an open war, open to coverage, as Vietnam was, it’s not that difficult, really.
-Morley Safer