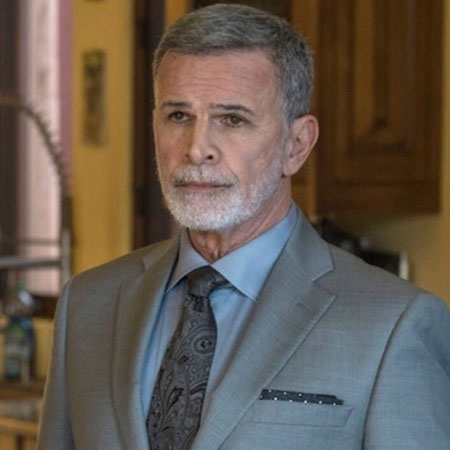 Tony Plana, a Cuban-born actor, is well known for his appearance on the ABC show Ugly Betty, where he portrayed the role of protagonist Betty Suarez’s father, Ignacio Suarez.

Tony Plana was born on April 19, 1952, in Havana, Cuba. He spent eight years of his childhood days in Havana before his family moved to Miami, the United States in 1960. He completed his education at Loyola Marymount University in Los Angeles, California.

Plana’s father Pepe is a former banker and his mother Conchita is also a former banker. Conchita has been lain in bed since 2005 due to Alzheimer’s disease. After moving to the United States, his father started to work at a Tootsie Roll Factory.

Later, Plana travelled to London UK and took a training session at the Royal Academy of Dramatic Art. It was his first step in an acting career.

Plana has also gained name and fame as a director. He has worked on numerous Shakespeare’s works as a director and producer. Similarly, he has made appearances in various theater communities, notably on Broadway and at the Public Theatre in New York.  Besides his acting and directing skills, he has also contributed to the television world by writing for television series, miniseries, and specials, including Hill Street Blues, The West Wing, and Cangey & Lacey.

Tony Plana’s voice is quite popular among the gamers; he gave voice to Manny Calavera in 1998 adventure game Grim Fandango. Additionally, he has also given voice in Godzilla (1985), Grim Fandango (1998) and Hiroshima.

Currently, he is affiliated with California State University as an acting teacher. Similarly, he also teaches acting at Dominquez Hills and Rio Hondo College. During Noor Iranian Film Festival in 2012, he was part of the judging panel.

Awards, Nominations and presence in Politics

Plana bagged Satellite Awards in the category “Best Anchor in a Supporting Role in a Miniseries”  for his Ugly Betty’s character, in 2006. Similarly, he has received numerous awards/nominations such as Screen Actor Guild Awards: Best Ensemble- Comedy Series for Ugly Betty in 2006, Bravo Awards: Outstanding Actor in a Feature Film for Lone Star (1996) and much more.

Currently, Plana is affiliated to Comprehensive Immigration Reform as a volunteer spokesperson. He held the position of the keynote speaker at the 2012 LULAC conference held in Coronado Springs Convention Center in Lake Buena Vista, Florida.

Plana is currently married to Ada Maris, who is an actress. The couple tied the knot in 1988, and they have a son Alejandro and a daughter Isabel.