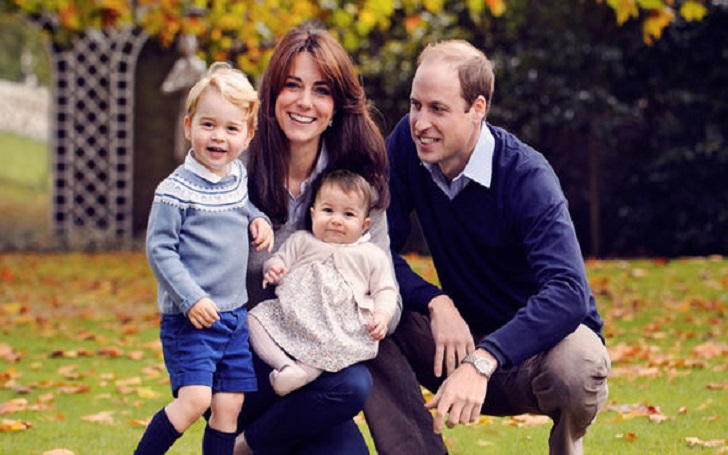 The family of Prince William will never be out of the spotlight. You might be questioning why? Because The Duke and Duchess of Cambridge are expecting a third child/5th in the line of British Throne.

On Monday, both the Duck and Duchess of Cambridge were very pleased to announce that they are expecting their third child. So, here’s everything you need to know about their children and also about their married life. Just be with us.

The 5th in line of British Throne

The Queen and all the royal family were “delighted” when the news of Duchess’s pregnancy was released. But she is again suffering from an acute sickness called Hyperemesis Gravidaru which is a pregnancy complication.

After the birth of Charlotte (second child), there was a lot of speculation- whether Will and Kate would have a third child, but now it is all cleared that they will soon have their baby.

She is already a mother of two children- The couple’s first child was born on 22 July 2013-Prince George,  and their second was born on 2 May 2015-Princess Charlotte. And in 2018, you will know the name of their third little Prince or Princess. So, let’s just know about William and Kate’s happy married life.

The Duke and Duchess of Cambridge celebrated six years of their marriage. Yes, 6. We all are quite clear about the fact that- A happy man marries the woman he loves and the happier man loves the woman he married. And William married Kate whom he loves a lot.

The love story of Williama and Kate began when they were studying together at St Andrews University in Scotland. And the couple were very much in love on graduation day after meeting four years earlier.

[ CAPTION: The bride and groom embrace on the balcony of Buckingha ][ SOURCE: Pinterest ]

Prince William and Kate tied the knot at Westminister Abbey to the delight of royalists and the British public in 2011. Duke and Duchess kissed twice after their wedding and can you believe that half a million of well-wishers gathered outside the palace.

[ CAPTION: The first child of The Duke and Duchess ][ SOURCE: Pinterest ]

And after two years of their marriage in 22nd July 2013 the third in line to the throne was born- Prince George. And in 2015 May 2, She gave birth to her second child- princess Charlotte. The young princess cannot be displaced in the line of succession by any future brothers.

[ CAPTION: William and Kate with their kids ][ SOURCE: Pinterest ]

After the birth of their second child, now it’s time for the birth of their third child. The Duke and Duchess are the examples of true lovers. As they are still together since they were studying together at St Andrews University in Scotland. We hope that their love will remain same until the end of their life. Our best wishes are always with them.