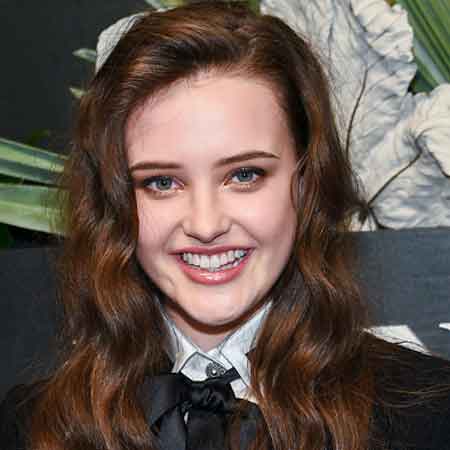 The Australians In Film Awards winner Australian actress, Katherine Langford is widely known for portraying the role of Hannah Baker in the original Netflix series, 13 Reasons Why along with Devin Druid, Dylan Minnette, Alisha Boe. For her role as Hannah Baker, Langford was nominated for the Golden Globe Award.

Katherine Langford was born on 29th April 1996, in Perth, Australia and was raised in Applecross. Her parents are Elizabeth Langford, a pediatrician, and Stephen Langford, a flying doctor and director of medical services at the Royal Flying Doctor Service Western Operations. She grew up along with her sister, Josephine Langford who is also an actress.

Langford attended the Perth Modern School. In 2005, she began voice lessons and learned classical, jazz, and contemporary vocal training. Langford was interested in medicine and politics during her school days, but she began learning piano at the age of 16 after she attended Lady Gaga‘s concert, the Born This Way Ball. Langford further attended National Institute of Dramatic Art.

Initially, Katherine Langford was interested in medicine and politics. But later she turned her career on singing. Langford wrote and sang three original songs including  “I’ve Got a Crush on Zoe Bosch,” “Young and Stupid,” and “3 Words.”

Moreover, her next movie Spontaneous is set for the post-production. Since 2017, Langford is playing the main role as Hannah Baker in the Netflix original series, 13 Reasons Why along with Devin Druid, Dylan Minnette, Alisha Boe and others. For her role as Hannah Baker, Langford has been nominated for Golden Globe Awards, Gold Derby Awards, MTV Movie & TV Awards and Satellite Awards.

We can see Katherine Langford linked with several stars in the series, 13 Reasons Why. But what about her real life? Well, Langford was once rumored to be in a relationship with the co-star, Dylan Minnette. But none of them confirmed it and just remained as a rumor.

The 22 years old actress Langford is not married yet and is currently single. Furthermore, there are no any records as well as rumors of her other relationships. Langford might be focusing on her career rather than being in any relationships.

The 13 Reasons Why star, Katherine Langford is living a lavish life. From her acting career, Langford has earned a good sum of money. As of now, Langford has an estimated net worth of $4.6 million. Her annual income is estimated to be around $1 million.

Even being such a popular actress, Langford is less active in social media like Instagram so it is hard to know about her house and cars.