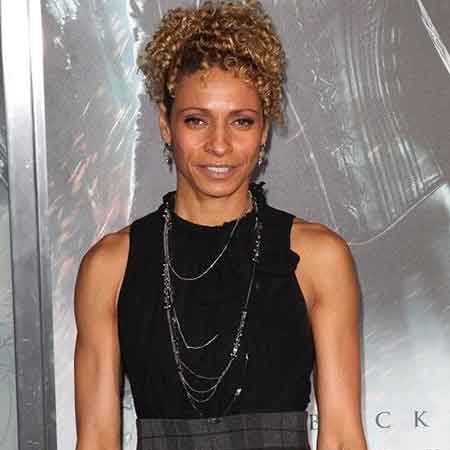 Michelle Hurd is an American actress who is famous for the portrayal of Colleen Manus on the TV series The Glades. Hurd started her career in 1989. She has appeared in many TV shows and movies since then. She has won a Robby Awards as the best-supporting actress. Aside, Hurd is also involved in theatre.

The actress is a married woman. She tied the knot with actor Garret Dillahunt. To know more about Hurd’s early life, education, relationship, dating life, career, net worth; keep scrolling.

A native of New York City, Michelle Hurd was born on December  21, 1966, to parents Hugh L. Hurd and Dr. Merlyn Purdy. Her father is an actor whereas her mother is a psychologist. She also has a sister named Adrienne Hurd who is also an actress. Regarding her nationality, she is an American. She is of mixed ethnic background.

Hurd attended Saint Ann’s School and graduated in 1984. For higher studies, she graduated from Boston University in 1988. She then studied acting in London’s National Theatre.  Aside, she also attended Alvin Ailey School in New York.

The actress’s first appeared on the big screen in the movie Rude Awakening in 1989. After that, Hurd has been cast in movies like random Hearts, Girl Most Likely and many more. She became widely known for appearing in television film Vanishing Son II.

Hurd made Tv appearances in series like New York Undercover, The Cosby Mysteries, and Law and Order. She later was cast in Law & Order: Special Victims in 1999. She has played in various Tv shows like The Good Wife, Golden Boy, Pretty Little Liars, Jessica Jones, Gossip Girl, Glades, Blindspot and many more. She is set to appear in the lead role for series Cagney & Lacey.

Aside, Hurd is also involved in Theatre. She made her Broadway debut with the play Getting Away with Murder in 1996. Hurd’s other theatre credits include Othello, A.M.L., The Hunchback of Notre Dame, The Violet Hour, Dog in the Manger and many more.

In recent events, Hurd claimed that comedian Bill Cosby had assaulted her during the filming of The Cosby Show. She exposed that Cosby had touched her in unacceptable ways after asking her to eat lunch with him in his dressing room.

Hurd outwardly spoke about her experience joining the #MeToo movement that has taken over Hollywood.

The actress tied knot with husband and actor Garret Dillahunt in 2007. Dillahunt is famous for appearing in shows like Raising Hope. The two first met on the sets of 900 Oneonta. They have been going strong ever since. There have been no rumors of their separation.

Hurd and Dillahunt have managed to lead a relatively private life. They are supportive of each other’s career. The couple has kept their relationship away from the public eye. The two do not have children so far. Nevertheless, they are leading a happy married life.

The actress has earned a huge deal of money throughout the years. She has appeared in more than a dozen Tv series. The exact figure of her salary is unknown. Michelle Hurd’s net worth is around $3million.

Aside, Hurd lives in New York with her husband. They own $928,000 worth house that covers an area of 2108 sq feet. The home features three bedrooms. The actress leads a comfortable life. She is still active in her career. So, her net worth may increase in coming days.