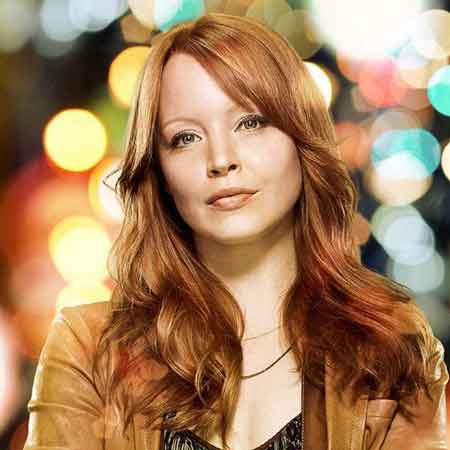 Lauren Ambrose was born on 20th February 1978, in New Haven, Connecticut, United States. Her father Frank D’Ambruoso, was a caterer and mother Anne Ambrose an interior designer. She grew up along with her sibling brother John D’Ambruoso.

Initially, Lauren Ambrose worked in Off-Broadway productions, in New York theater. Her notable supporting roles was in Law & Order in which she appeared in 1992, 1993 and 1998. Likewise, Ambrose further appeared in The State and Party of Five.

From 2001–2005 Ambrose portrayed the role of Claire Fisher in Six Feet Under and for her role, she won two Screen Actors Guild Awards in 2003 and 2004. Ambrose made her movie debut through 1997 movie In & Out.  Furthermore, her notable movie roles are as Denise Fleming in Can’t Hardly Wait, as Florence ‘Chicklet’ Forrest in Psycho Beach Party.

Similarly, Ambrose further appeared in the series The X-Files from 2016-2018 as Special Agent Liz Einstein. Besides this, she has also performed in stages like Buried Child, Hamlet, Romeo, and Juliet etc. For her role as Eliza Doolittle in My Fair Lady, Ambrose won an Outer Critics Circle Award in 2018.

One of the renowned actress, Lauren Ambrose not only has a successful career but she has a successful married life too. Well, the 40 years old Ambrose is married to a film director Sam Handel. The duo shared their vows back in September 2001.

Ambrose and Orson have maintained a silent relationship without facing any rumors of divorce or other extra-marital affairs. Besides this, Ambrose hasn’t been in any relationships in past.

An Emmy Award-nominated actress Lauren Ambrose is living a lavish life. She is still active in the field of acting since long and till date, Ambrose has starred in numerous movies and television series.

From her acting career, Ambrose has earned an astonishing amount of money and she currently has an estimated net worth of $10 million. Ambrose currently resides in Great Barrington, Massachusetts (MA), US.