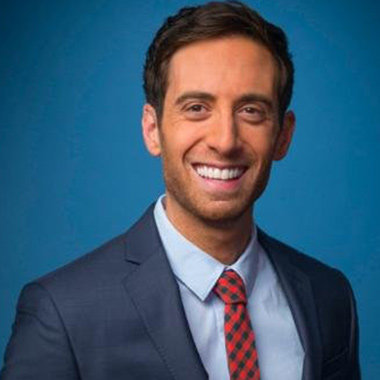 Forecasting accurate weather can make difference in between life and death. Accurate forecasting can save many lives. Keith Carson is AMS certified American Meteorologist who has been considered as one of the highly experienced and qualified personality in the industry. Keith Carson has experience of working with various networks.

Born and raised in Groton Ma, Keith Carson completed his school education from one of the well-known school from his hometown. Having interest in natural phenomena, Carson used to spend his childhood days observing snow, rainfall, and hurricane. While asking a question about how did he wanted to become a meteorologist he has mentioned that it started with 1993 Superstorm when he was 10. That superstorm made a big impact on him and he decided to follow his passion for weather and became a meteorologist. Carson attended Lyndon State College and earned B.S. in Meteorology. He has also earned A.S. in Television Studies and combining this two academic background he started to work as Meteorologist for television networks.

Keith Carson began his career from Weather Services International from May 2005. He worked On-Camera segments for media clients and served WSI ShowFX systems as a creator of graphics for television station all around the country including FOXNEWS. He also recorded his voice for Bloomberg International, Kansas City, and many others. After working for two years, he moved to WPTZ-TV in 2007 and started to work as a Meteorologist. The entire weather team has been using the new graphics created by Carson during his tenure. He appeared as an anchor on shows and also helped the network to update the weather portion of the website.

In 2010 January, Carson became a meteorologist for WCHS-TV where he contributed for weekend morning and weekday noon newscasts at dominant #1 station. During his tenure in WCHS-TV, he worked on Unparalleled internet presence via social media. He won readers choice “Best of Maine” award for TV personality during her tenure in WCHS-TV. He was named as ‘tech guy’ for his contribution developing new looks and impressive visuals while keeping the existing equipment. Since August 2013, he has been working for The Weather Channel as On-Camera Meteorologist. He has been reporting live from the field under worse weather conditions. He has been contributing to presentation and script reading in The Weather Channel. He has also been conducting various interviews in the networks and has been appearing on the shows such as The Today Show, CNBC, NBC Nightly and MSNBC.

While taking about Keith Carson's personal life, there has been no any rumor about Carson’s date. He has not given any clue about his marital status, affairs, and relationships. He has a miniature dachshund named Reeses and he considered Reeses as his children. In an interview, he has revealed that he has given with the nickname T-Bone. His favorite color is Red and his favorite holiday is Halloween. While asking about the most embarrassing moment on air, he mentioned the incident on Halloween when he forgot to cut air holes in the shirt that he used to cover his face during Halloween appearing on screen and he nearly passed out on live TV.