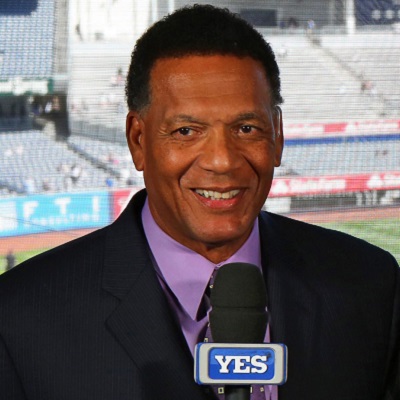 Ken Singleton is a former American professional baseball player and is currently working as television sports commentator. During his baseball career, he played as an outfielder and designated hitter in the Major League Baseball.

Ken Singleton is a married man and is living a blissful married life. He is married to wife Suzanne Molino Singleton. Before getting married, this couple dated each other for several years. The couple is blessed with four children.

Ken Singleton was born on 10th June 1947, in New York, United States. Although Singleton is a renowned celebrity, there is no much information regarding his early life, parents, and other family members. Also, the name of his parents is not disclosed by him. Singleton belongs to an American nationality.

Singleton developed his keen interest towards sports since his childhood. During his school days, he played baseball as well as basketball. Singleton completed his college career form Reed College and is a graduate of the University of Wisconsin-Madison.

Singleton started playing baseball and basketball since his early and later made baseball as his professional career. He played baseball in the Bronx Federation League at Macombs Dam Park and was one of the skilled players during his college days.

He furthermore continued his career at his University too. While playing in the University, New York Mets drafted him in the 1st round of the 1967 Major League Baseball draft.

@29alltime Ken, found an old box of baseball cards that I had from when I was a kid. Look what I found 1981 Topps pic.twitter.com/nam4iEzilE

At the age of 23, he made his major league debut for the club on 24th June 1970. Later in April 1972, he was traded to Montreal Expos in the exchange of Rusty Staub. Well, in 1973, Singleton achieved a huge success by leading the league in on-base percentage. In the following season, he collected 23 home runs, 103 RBIs, and a .302 batting average.

On 4th December 1974, Singleton moved to Baltimore Orioles along with Mike Torrez and played for 10 years. He helped his team win the two pennants, in 1979 and 1983. His team also won the 1983 World Series.

On 25th September 1984, he played his final major league game, at the age of 37. Singleton played the major league for 15 years and won different awards like All-Star,  Roberto Clemente Award etc.

Me and Mary Tyler Moore hanging out in Minneapolis pic.twitter.com/uwgNtTib2C

After his baseball career, Singleton started working at WJZ-TV and even worked for TSN in Canada. Besides this, he also appeared in some famous shows like “This one is gone”, “Look out!” etc.

These days, he is working as a commentator for the New York Yankees on the YES Network. Well, he serves as a color commentator as well as play-by-play announcer along with Michael Kay.

Ken Singleton is a married man and is living a blissful married life. He is married to wife Suzanne Molino Singleton. Before getting married, this couple dated each other for several years.

This couple has four children; Justin Singleton, Dante Singleton, Matthew Singleton, and Jellica Singleton. They are successfully balancing personal as well as professional life. Moreover, the couple is always spotted in a lovely manner which makes people clear that there are very few chances of their divorce.

Besides this, there are no any records of his extra-marital affairs and past relationship with the media.

Ken Singleton earns a good sum of money in his career. Being such a famous player as well as a commentator, Ken Singleton deserves to have a huge net worth and salary. In the MLB, the medium level player can earn $3 million per year, whereas top players have more than $25 million salaries per year. Similarly, a lower grade player is paid around a million dollar.

Ken was one of the top players during his time so he definitely used to have a good amount of salary. Currently, Singleton is working as a television sports commentator through which he receives a good sum of money and he does have a good source of income.

Allocating information from several sources as of 2018 it is found out that his current net worth is estimated to be around $7 million.