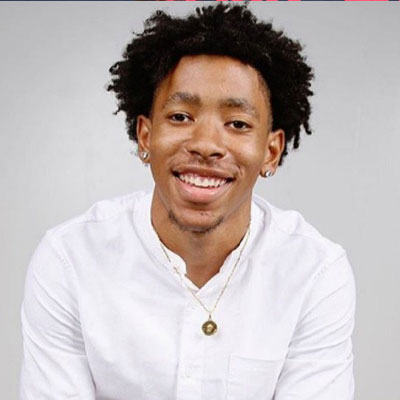 Ken Walker is an American YouTuber as well as an Instagram star. Walker runs two YouTube channels named De’arra & Ken 4 Life and Vlogs By DK4L along with his girlfriend, De’arra Taylor.

Walker is currently in a relationship with De’arra Taylor. The duo has been dating since long ago and often share their pictures through Instagram.

Ken Walker was born on 12th August 1994, in Georgia, United States. Walker belongs to an American nationality. He grew up along with his younger brother, Chris Walker. However, he hasn’t revealed any information about his parents.

Furthermore, his education background is also still unknown. Walker had a keen interest in vlogging and fashion since his childhood.

In 2014, Ken Walker began his career as a YouTuber. He created a YouTuber channel named De’arra & Ken 4 Life on 11th December 2014, in a collaboration with his girlfriend De’arra Taylor. Since then, they began sharing videos on their channel.

Most of their videos are related to their lifestyle, challenges, and pranks. One of their video I Broke Up With De’arra has successfully crossed more than 21 million views. Likewise, Dead Girlfriend Prank, Lick My Body Challenge, I’m Pregnant, Never Have I Ever and Crazy Black Fire Snake Experiment are some of their popular videos.

Moreover, they also have another YouTube channel named Vlogs By DK4L. They further make videos in a collaboration with other popular YouTubers. Besides this, Walker is also an Instagram star. Walker frequently shares pictures which are related to fashion and lifestyle.

One of the popular YouTuber as well as an Instagram star, Ken Walker is in a relationship with his longtime girlfriend De’arra Taylor who is also a YouTuber. The duo has been dating since long ago.

Both of them often shares adorable pictures on their Instagrams. Likewise, the couple often shares videos related to their ongoing relationships on YouTube. Moreover, they also appear together on the public.

Although they have been dating since long, none of them have mentioned any plans of getting engaged or married. The couple is enjoying their love life without facing any rumors of separation and other affairs.

Ken Walker surely earns a good sum of money from his YouTuber career. Till date, he has shared numerous videos on YouTube in a collaboration with his girlfriend and most of them have got millions of views.

Allocating information from several sources as of 2018, it is found out that together with his girlfriend De’arra, Walker has an estimated net worth of $1.1 million. Furthermore, he owns a Tesla Model S which worth $69,200.