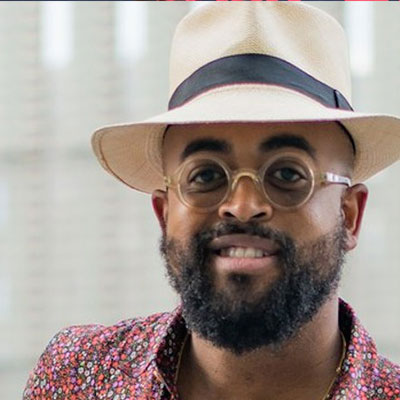 With his outrageously unique and marvelous fashion style and products, the Nigerian-American fashion designer, Mobolaji Olujimi Dawodu has successfully made waves in the industry. His work can be seen as style fashion editor and fashion director at the GQStyle magazine.

Mobolaji is in a long-term relationship with his girlfriend, Lupita Nyong’o. Dawodu is the father of two daughters. They are named Sana and Omolara. Dawodu revealed that his first daughter is from his previous relationship.

Dawodu was born in 1980 to an American mother and a Nigerian father. His mother owned a clothing line and was a fashion designer herself. Dawodu says that his penchant for fashion comes from his mother.

Born in the United States, Dawodu grew up traveling the world. He grew up in the most part of Lagos, Nigeria, and Virginia. When he was of mere 5 weeks, his parents moved to Nigeria only to return to Virginia when he was 12.

Having an unrelenting interest in fashion and style, Mobolaji pursued his career in the area of his interest. Having a sharp eye for fabrics, colors, designs and their illustration from watching his mother’s work, Dawodu was already a pro in the field.

He got his first job at the Fader magazine. There he was employed in the capacity of a fashion stylist. Dawodu says that he is very selective about his choice of fabrics and color. He likes his clothes to be tailor-made and every minute details must be in accordance with his specific directives.

From models to photo-shoot locations, from the time of the day to the photographer must be exactly as he desires it to be.

He worked for Fader magazine for 11 long years. He says that they used to travel a lot and they probably worked in 25-30 different countries. At the magazine, he was given complete freedom to do his work as he wanted to perform it.

He also has designed costumes in movies like Queen of Katwe, Moster, Mother of George, Restless City and Where is Kyra?,  Dawodu has also worked with iconic stars like Brad Pitt, Jared Leto, and Mahershala Ali.

Presently, Mobolaji is working for the GQstyle and also is focusing on his own line of clothes.

Mobolaji is in a long-term relationship with his girlfriend, Lupita Nyong’o.

Lupita is an Oscar-winning actress who has acted both on stage and in movies. She can be seen in the movie, Black Panther, The Jungle Book and Star Wars: The last Jedi. She is one of the victims of Harvey Weinstein, she indicted him for sexually harassing her twice.

Dawodu is the father of two daughters. They are named Sana and Omolara. Dawodu revealed that his first daughter is from his previous relationship, however, he opted out to give any further information regarding the subject.

It is estimated that his total net worth approximately amounts to $1.3 Million USD. With multiple deals, working for two highly esteemed trendy magazines and multiple movie credits, Dawodu earns enough to have a very extravagant lifestyle. He can be regularly seen on Instagram wearing expensive clothes.

He has a large collection of hats and expensive watches. It is estimated that his total net worth approximately amounts to $1.3 Million USD.