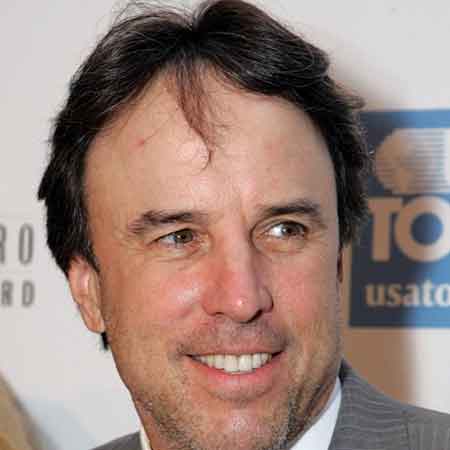 Kevin Nealon was born on 18th November 1953, in St. Louis, Missouri, United States. He is the son of an aircraft company executive  Emmett F. Nealon and Kathleen Nealon. At his young age, he moved to Bridgeport, Connecticut along with his parents where he was raised.

Kevin Nealon made his screen debut through the 1984 talk show The Tonight Show with Johnny Carson making the guest role. He next starred in Scarecrow and Mrs. King. Nealson gained a wide recognization after appearing in the Saturday Night Live from 1986–1995. Furthermore, he has also appeared in several television shows and series such as,

Since 2016, Nealson plays the role of  Don Burns in the series Man with a Plan. Moreover, Nealson made his movie debut through Roxanne in 1987. Furthermore, he has starred in several movies including,

The 64 years old actor Kevin Nealon was previously married to Linda Dupree. The couple tied the knot in 1989 but weren’t able to give continuity to their relationship and finally divorced in 2002. After that, Nealson tied the knot with his second wife Susan Yeagley on 3rd September 2005.

The duo welcomed their first child, a son Gable Ness Nealon on 29th January 2007. Since their wedding, Nealson and his wife Susan is still together. They are supportive of each other and further give equal time to their family. To date, they haven’t faced any rumors of divorce and extramarital affairs.

Besides this, Nealson was further in a relationship with an American actress Jan Hooks. Nealson and Jan dated for two years from 1984 to 1986.

Kevin Nealon earns an astonishing amount of money from his acting career. Nealson has starred in several movies and television series to date. He is living a lavish life with his wife and son. At the current moment. Nealson has an estimated net worth of $8.5 million.