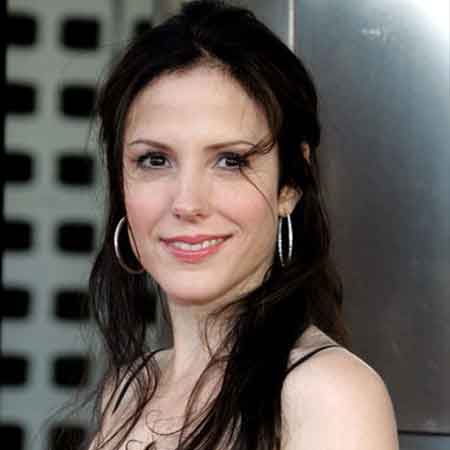 A Golden Globe Award winner Mary-Louise Parker is an American actress as well as a writer. Parker is known for her role as Nancy Botwin in the series Weeds in which she has starred along with Allie Grant, Hemky Mader, Alexander Gould, Demián Bichir, Hunter Parrish, Justin Kirk, Pablo Schreiber, Kate del Castillo etc.

Parker was previously engaged to Jeffrey Dean Morgan. Moreover, she also has a son from her relationship with Billy Crudup. Scroll down to know more about Parker’s childhood, career, relationships, marriage, education, net worth, marriage, children, salary, divorce, and awards.

Mary-Louise Parker was born on 2nd August 1964, in Fort Jackson, South Carolina, United States. She is the daughter of Caroline Louise and John Morgan Parker, a judge who served in the U.S. Army. Parker is the youngest among four children of her parents.

Parker belongs to an American nationality and holds white ethnicity. She attended the Marcos de Niza High School in Tempe, Arizona. In 1986, Parked graduated from the University of North Carolina School of the Arts with a major in drama.

Mary-Louise Parker made her acting debut in 1988 playing the role of Pearl Spencer in the television series Too Young the Hero. Parker next starred as Linda Marsten in A Place for Annie. Moreover, her other television appearances are,

Likewise, Parker her movie debut through Signs of Life in 1989. The same year, she further starred in  Longtime Companion as Lisa. Parker has appeared in numerous movies like,

Moreover, her stage performances include,

Aged 53, the popular actress Mary-Louise Parker is not married yet and is currently single. However, Parker dated several celebrities in past. In 1996, Parker was romantically linked with an actor Billy Crudup. But in November 2003, they separated when Parker was seven months pregnant. In 2004, Parker gave birth to their son Atticus Parker.

Likewise, Parker began dating actor Jeffrey Dean Morgan in December 2006. The couple got engaged on 12th February 2008. Although the couple was engaged, they failed to give continuity to their relationship and separated just after two months in April.

The versatile actress Mary-Louise Parker earns a tremendous amount of money from her multiple profession. Since years, Parker is actively working in the acting field and has appeared in numerous movies and television series.

Allocating information from several sources as of 2018, it is estimated that Parker current net worth is around $16 million. In 2012, Parker sold her New York City house for $7 million. The 3,200 square feet house featured 5 bedrooms and 4.5 bathrooms.