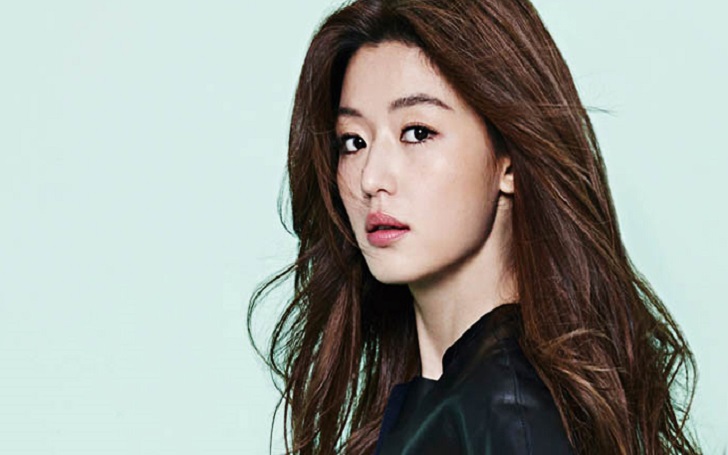 A South Korean actress and model Jun Ji-Hyun best known for her role in the romantic comedy movie My Sassy Girl which became one of the highest grossing Korean comedy films of all time. She is also known as Ginna Jun who falls under the category of cutie pie actress in South Korea.

Actress Jun Ji is a married woman, in fact, she is a mother of a son. Do you know to whom she is married to? And what about her children? If not, then what are we for?? Today we will present all the highlights related to Jun Ji’s husband, married life and also about their adorable child.

Jun Ji-Hyun is married to Choi Joon-Hyun who is a banker at Bank of America. He is the grandson of Lee Young Hee and son of fashion designer Lee Jung Woo.

The couple was seen together in 2010. And she shared how Choi proposed him. She said

“One evening, he said we were going somewhere. He told me to come with my passport. I followed him; we ended up at the airport. We immediately left for Japan. In Japan, he asked me to marry him.”

Jun Ji really fell for her darling and decided to tie the knot. The husband and wife got married on 13th April 2012.

In fact, did you know they are also childhood friend? And it seems they changed their childhood love into a marriage relationship. Don’t you think so? She said at the press conference,

While asked about Jun Ji and her husband’s first meeting in the press conference, she said,

“We grew up in the same neighborhood, so we knew each other. We started a serious relationship after we officially met through an acquaintance two years ago,”

The couple got a chance to get closer when Choi was hospitalized because of serious injury and this injury made them realize each other’s value. A few years later, the romantic couple got married and at present, they are living a happily married life together and are blessed with their son.

Also See: Who is Police Detective Joe Kenda Married To? Know His Married Life and Children

Jun Ji gave birth to a son on 10th February 2016, in the hospital of Seol after the four years of their marriage. They are really happy with their son. The couple is now parents and they are really fulfilling the responsibility as responsible parents.

And we have one good news for you all. Don’t you wanna know the good news? Well, the good news is Jun Ji is pregnant with her second child which was announced by her agency.

She is expected to give birth to her child in January 2018. We and of course you guys might be waiting for the birth of her second child. Let’s watch this video

We all hope that their love remains the same until the end of their life and also hope that she would very soon she will inform the media after the birth of her second child.