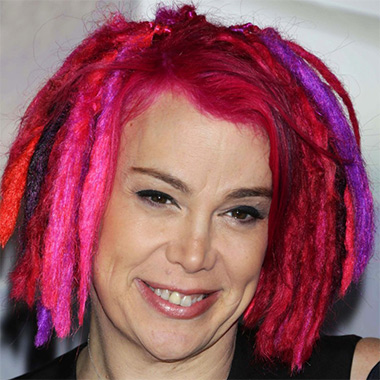 Lana Wachowski, an American producer, director, and screenwriter was born in Chicago Illinois to parents Lynne and Ron Wachowski. She was raised with her younger brother Andy Wachowski whom she worked together later in every project and were called The Wachowskis. Lana completed her schooling from Kellogg Elementary School and graduated from Whitney Young High School. She was fond of playing Dungeons and Dragons and working in the school’s theater and TV program. Lana went to Bard College of New York but did not complete her studies.

Before graduation, Lana dropped her studies and started to run a house-painting and construction business in Chicago along with her brother Andy. She, collaborating with her brother, wrote Marvel Comics series: Ectokid. Lana formed The Walchowskis with her brother and they wrote the script for action flick Assassins (1995). After its success, they co-wrote Bound (1996) and then The Matrix (1999) followed by its two sequels which registered themselves as blockbusters. Afterward, Lana worked in V for Vendetta and then in the animated series Speed Racer. Her other major works include Ninja Assassin, Cloud Atlas, and Jupiter Ascending.

“With Bound, we wanted to pull at conventions, because you began to wonder, Why do these stereotypes exist? Where do they come from? You used them as a subtext” – Lana Wachowski about her movie Bound.

In 2012, Lana made public statements about her experience as a transgendered person. Openly living as a woman since 2000, she had talked about her outlook on gender in an eloquent gala speech for the Human Right Campaign. She is known for her speeches regarding her painful past and suicidal plan led by her gender issues. Lana has spoken about different things like about movies, personal experiences, and about the society and their conceptions which are considered as notably inspiring.

Lana was married to Thea Bloom from 1993 to 2002. After the divorce, she was seen dating a board member of the Chicago House and Social Service Agency, Karin Winslow, whom she married later. Lana Wachowski has a net worth of US $125 million. She is involved in the direction of video games as well.