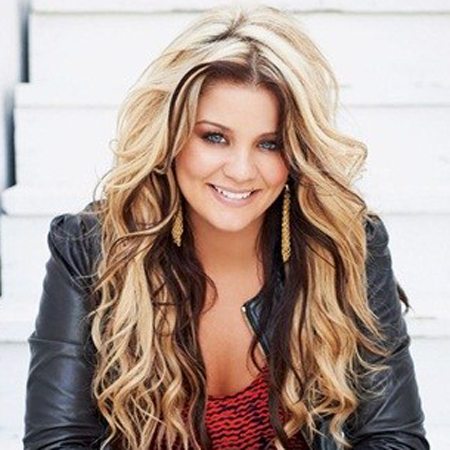 Lauren Alaina is a contemporary country singer and a runner-up on Fox’s reality show American Idol 2011. She is a well-accomplished singer, songwriter, and actress Known for her albums Wildflower and Road Less Traveled.

Lauren has involved a romantic relationship with her long-term boyfriend, Alexander Hopkins. Know all about her early life, career, relationship, net worth

Lauren Alaina was born as Lauren Alaina Kristine Suddeth on November 8, 1994, in Rossville, Georgia. She is the daughter of process technician, J.J Suddeth, and mother, Kristy. Her parents divorced in 2013 whereas remarried again. Alaina went to Lakeview-Fort Oglethorpe High School in Fort Oglethorpe Georgia. She was a member of a cheerleader in school.

Lauren developed the interest in singing from the very early age of three. She used to perform around her area like in kids choir, karaoke, church, restaurants, and family holiday gatherings at that time. During her teenage Alaina suffered from eating disorder bulimia.

Lauren started singing when she was very young and continued pursuing her dream career after winning a local singing competition in 2009. She was an employee of CiCi’s Pizza before beginning her career as a pro singer.

In 2011, Alaina entered the competition American Idol and made it up to the finale holding the runner-up position of the show. She then got an opportunity to tour with American Idols LIVE. Likewise, she released her debut studio album Wildflower in 2011 which scored #5 on the Billboard charts. Furthermore, she released her second album Road Less Traveled in 2017.

In addition, Lauren has made her appearance in numerous TV and radio including The Tonight Show with Jay Leno, Live with Regis and Kelly and The Today Show. She has released an array of hit singles such as Like My Mother Does, Georgia Peaches and many others. She also performed in the PBS special In Performance at the White House for Barack Obama and Michelle Obama.

Besides singing, she is also involved in acting. She made her acting debut with the film The Road Less Traveled. The movie was premiered on 10th November 2017 on CMT. Lauren has accomplished a lot throughout her career. She has been nominated in various categories of awards whereas has won the titles such as American Country Awards, CMT Music Awards, and Music Row Awards.

The beautiful singer, Lauren is in a romantic relationship with her long-term boyfriend, Alexander Hopkins. The duo first met in 2012 while started dating soon on October 14th that year. They are together since then.

The duo shares the strong bond between each other and is often seen hanging out together in their leisure time. They have also shared their photos being cozy with each other via social media.

Lauren earns a lucrative amount of money from her career as a singer, actress, and songwriter. Calculating the albums she has released so far it’s no doubt that she makes a good sum of money.

She holds the staggering net worth of $800 thousand. Her annual income is 60 thousand dollars. She is certainly living a lavish life and has well managed her living standard.