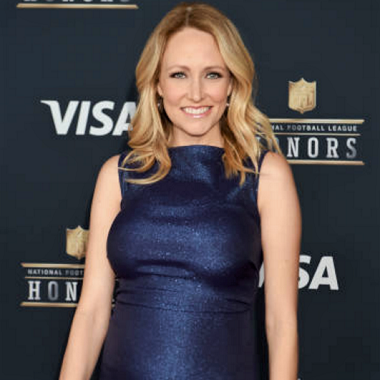 Two times Emmy award-winning journalist, sportscaster, and television personality, Lindsay Rhodes is well known for serving as a host and reporter for the NFL Network.

Lindsay Rhodes was born on December 31, 1976, in El Toro, California of United States. Her father used to work as an insurance company agent whereas her mother is a homemaker. The youngest daughter, her parents divorced after few months with the birth of Lindsay. She developed a keen interest in making herself known as a sportscaster and a journalist from an early age.

Hence, Rhodes attended El Toro High School, El Toro, California, United States of America, whereby, she was a sports editor for her high school year. After her graduation from El Toro High School, she joined the University of Southern California, California for her higher education, where she majored in Broadcast Journalism and graduated in 1998. During her time at the University of Southern, she interned both at the USC Athletic Department and at Fox Sports Net.

Soon after graduation, Rhodes began her professional career as a reporter for ABC network in Yakima Washington Tri-Cities in 1999 serving weekend sports and weekday news reporting.Then, she moved to KKFX- TV, a Fox affiliate Santa Barbara, California, where she served as a weekday sports anchor. In 2000, she also served as a Sports Director.

In 2003, Rhodes got her breakthrough and was hired by FSN West for full time as a sportscaster. During her time at FSN, she became one of the most visible reporters and anchors on that network. She has been working in FSN’s high school sports coverage since that network began such coverage in 1997. 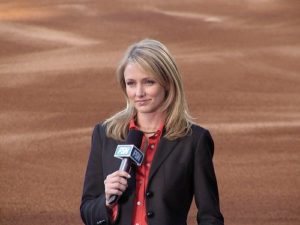 Rhodes also served as the host of FSN Prime Ticket’s coverage of the High School Game of the Week. She was the sideline reporter for the 2005 game in which Avengers defensive tackle Al Lucas died after suffering a spinal cord injury.

Lindsay Rhodes joined NFL Network as a host, anchor, and reporter in 2008. In 2011, she took on a new role and added NFL Total Access co-host alongside Schanson Soto. She provides to NFL Network Now news updates and on NFL ‘GameDay Morning’ filing field reports from around the league.

Lindsay worked as a sports desk reporter for NBC Sports coverage of the 2008 Summer Olympics and also as a reporter for the NHL on Versus and College Football on Versus. 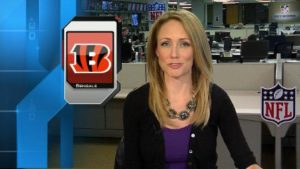 Lindsay Rhodes is a happily married woman. She and Matt Rhodes has been married since 2012. As a loving spouse, they already welcomed their child. Lindsay announced her official name to Lindsay Rhodes (previous name- Lindsay Soto) on-air on March 1, 2012. She also confirmed a week earlier via her Twitter account after she married Matt Rhodes on February 19, 2012.

Lindsay 5′ 6″ holds an American nationality and belongs to white ethnicity. She is also active on social networking sites. She is one of the well-established journalists and two-time Emmy Awards winner and most of her income source hails from her reporting career, however, the exact figure of her net worth is not publicized in the media.