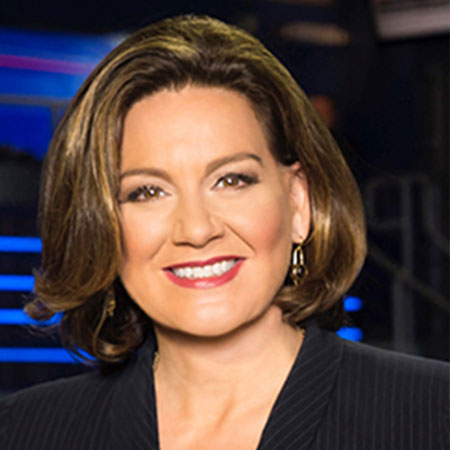 Lisa LaFlamme is a Canadian journalist who is currently associated with CTV National News, where she holds the position of Chief anchor and senior editor, replacing Lloyd Robertson.

2014 Canadian Screen Award-winning journalist, LaFlamme is reportedly single and unmarried. Further, her net worth in 2019 is approximately $1 million.

Lisa LaFlamme has an estimated net worth around $1 million as of 2019. Not to mention, the significant source of her income is the journalism field.

With tremendous wherewithal, she is living a lavish lifestyle. Besides she has undergone through plastic surgery which includes an eyelift, facelift, and nose job, that’s cost around $70,000.

LaFlamme, 54, is possibly single and unmarried. She has shared less to no information about her love life, not even her relationship status. Also, she has

Born on July 25, 1964, as a daughter of David and Kathleen, she was raised in Kitchener, Ontario, Canada. She completed her high school education from St. Mary’s high school and graduated from the University of Ottawa with a degree in Communications.

She was brought up in a Catholic family, where she learned empathy and the concept of truth. During her school days, she was not only taught about the beauty of the Catholic faith but also of  Muslim faith, the Jewish faith.

After having a graduate degree in Communication, she started her career as a copywriter and script assistant at CKCO in 1998 and became an anchor in 1997.  She has experience of working as a parliamentary correspondent for CTV News, co-host of Canada Am, national affairs correspondent for CTV National News. During Vancouver 2010 Olympics she served the CTV’s national broadcast team.

With CTV, she has covered various significant events and conflicts around the world including Iraq War, September 11 attacks, the 2010 Haiti earthquake and the death of Pope John Paul II. She has also served on the ground during the election of Pope Francis in 2013.

Moreover, she has been covering every Canadian federal election since 1997 and every Olympic Games since 2006. During Diamond Jubilee of Queen Elizabeth II in 2012, she was in London, and she also covered the Royal Wedding of Prince William and Catherine.

Being active in the field for more than a decade, she has received appreciation from numerous organizations. She was the recipient of Canadian Screen Award for ‘Best National Newscast’ and ‘Best News Anchor for CTV National News. She also bagged several Radio-Television News Directors Association awards and was honored with a doctor of laws degree from Wilfrid Laurier University in Waterloo.

Her career goal is not only bounded by her professional career but also by her vision to work for others. While covering stories she had been in various countries where the lifestyle of people is miserable. In the future, Lisa wants to work for the citizen of those nations, where even fulfilling basic needs are beyond their wildest dream.

She has been to various countries such as Peru, Haiti, and Benin, where she volunteered to uplift the living standard of the people.

“And that’s something I’m hoping when I find my pace in my new job that I will have an opportunity to do.”