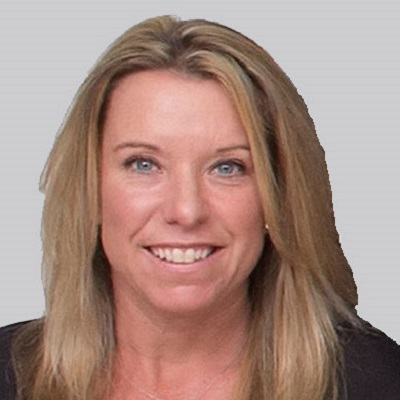 Lisa Raymond is a former American tennis player who has achieved a remarkable success in the tennis doubles. During her whole career, she has won Grand Slam titles for 11 times. She is ranked as the 6’th players in the women’s doubles and 5’th in the mixed doubles. Raymond made to the world number ranking in the doubles on June 12, 2000. Moreover, in October 1997, she reached her career’s highest single rankings as world’s no.15.

Lisa Raymond was born on  August 10, 1973, in Norristown, Pennsylvania, United States. She was born to Ted Raymond and Nancy Raymond.

Raymond grew up along with her sibling sister Stefanie Raymond. She completed her school level from a local school and after completing her school level, she received an athletic scholarship to join the  University of Florida. During her college days, she continued her tennis career and achieved many awards.

During her college days, she played for the coach Andy Brandi’s Florida Gators women’s tennis team. However, in 1992 and 1993, she won the  NCAA singles title. Moreover, she helped her team Gators to win the NCCA national team championship for the first time in 1992.

She was the first player to win all three Grand Slam titles in 1992. With her excellent performance, she received Volvo Rookie as well as the Tennis Magazine Collegiate Player of the Year award in 1992.

Coming to 2005, she played her doubles along with Rennae Stubbs until the half of the following year. Later she partnered with Samantha Stosur. This couple won their first  US Open title. Following year, they won five titles as well as they were named as the  ITF World Doubles Champions.

In 2006, they won the ten titles including their first French title. However, after winning their French title they became 13th players to win four grand slams and also received the WTA Team of the Year award. Again a year later, they won five doubles titles in 2007. But they just played together for half of the seasons as Stosur was diagnosed with a virus.

In 2008 season she played along with Elena Likhovtseva but they just won two titles at  Memphis and New Haven. However, she didn’t win even a single title in the 2009 and 2010 seasons. in the 2011 season, she won the title at Toronto, the US Open, and Tokyo along with her partner  Liezel Huber. Raymond played many tournaments with different partners in 2012, 2013 and 2014 seasons. But she failed to win the title in even a single tournament although her team reached the finals. After the 2014 season, she retired from her professional career.

Finally, in the 2011’s season, she won the title at Toronto, the US Open, and Tokyo along with her partner  Liezel Huber. Raymond played many tournaments with different partners in 2012, 2013 and 2014 seasons. But she failed to win even a single tournament although her team reached the finals. After the 2014 season, she retired from her professional career.

Professional former tennis player Lisa Raymond is not married yet. But she is rumored to be dating Samantha Stosur.

They are much closer to each other.  Both of them played tennis together during the 2005-7 season. Moreover, they have also won the  World No. 1 title as well as two times winner of WTA Doubles Team of the year. However, Raymond has already talked openly about her sexuality with people that she is a lesbian. Moreover, she also stayed in a relationship with her former

However, Raymond has already talked openly about her sexuality. Moreover, she also stayed in a relationship with her former doubles partner Rennae Stubbs. Raymond belongs to the American nationality and her ethnicity is white.

One of the famous tennis player Lisa Raymond deserves to have a good net worth. Well, her estimated net worth is $2 million and has accumulated approximately $10,026,193 as the prize money.